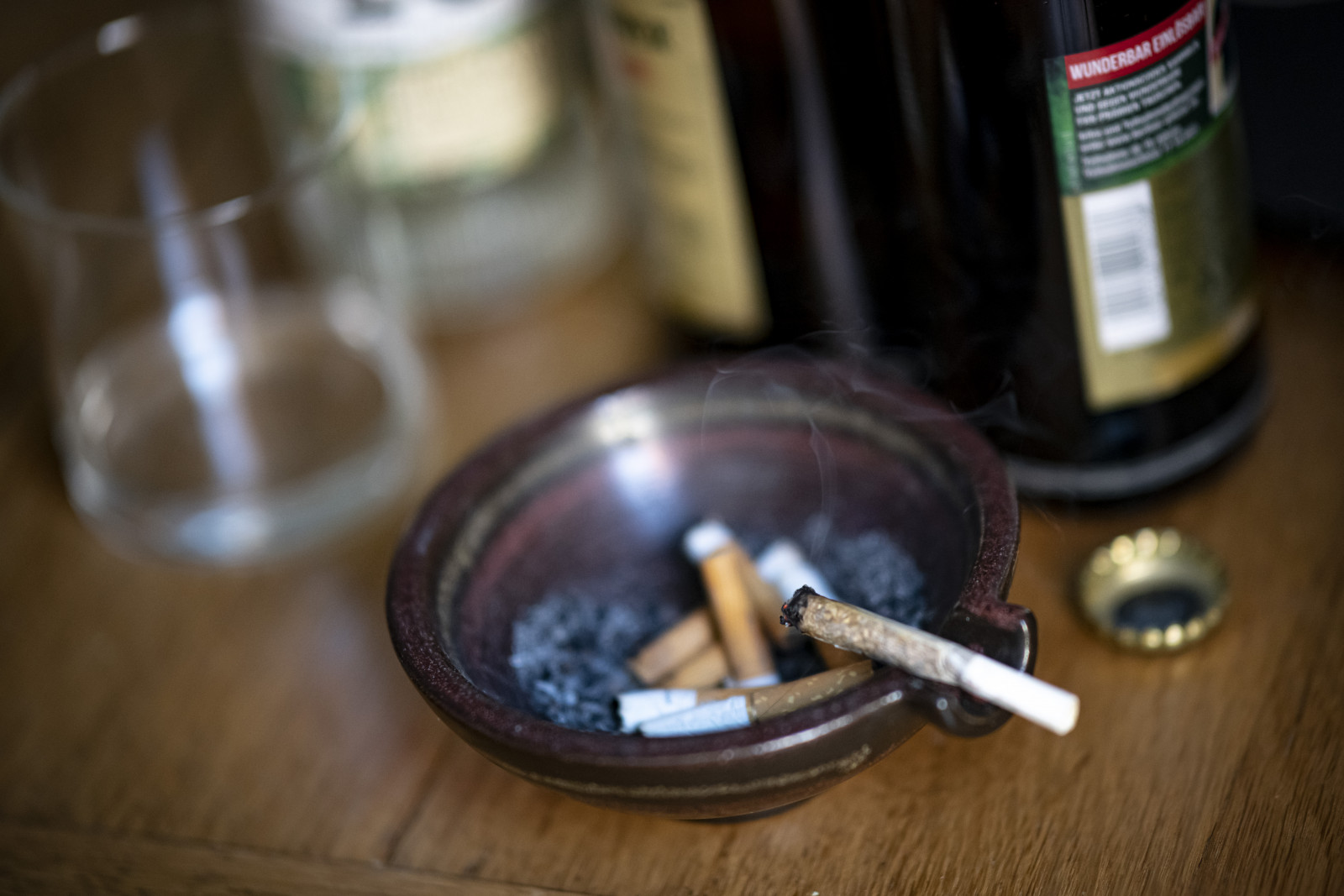 “Ah, we won’t have this crew in the next five years. They drink and smoke themselves to oblivion,” says one of the patriarchs as we slaughter a neighbor’s beast in my village in southwestern Zimbabwe this weekend.

He says so, pointing to one of the young boys who paused to take a bite from a small bottle of what has become a popular alcoholic drink in the rural and high-density suburbs of Zimbabwe’s urban centres.

The alcoholic volume of the drink is not immediately indicated on the packaging, as is the norm, but observing the sobriety fall of one who indulges in a few sips gives absolute indications of extraordinary power.

In the neighbour’s cattle kraal where we slaughter the beast in preparation for a feast, there are about five other young boys sharing the brew, each little empty bottle thrown away comes with a substantial dose of inhibitions and the chatter constantly threatens to escalate into a fight. They aren’t the only ones who spend their time fighting over alcohol.

In over a month, I traveled to many parts of the provinces of Matabeleland South and Bulawayo to coordinate a media and information literacy program, and the participants in our meetings were mainly young women and seniors. After a few meetings, my curiosity gave way and I inquired.

“If you are so keen on having young men in your meetings, go hold these training sessions from this bottle shop,” said Edna Mpala, an elderly lady who oversees activities at Nyandeni Community Training Center in Matabeleland South. . “We lost them. They have all become useless.

It is not too difficult to establish why young people in rural and urban Zimbabwe have become ‘useless’.

Figuring out Zimbabwe’s unemployment rate is a wild ride. Convincing numbers are elusive and some estimates go as high as 95%. The World Bank database suggests 5.2% from 2021, suggesting the majority of Zimbabweans are in work. On the face of it, that’s pretty positive, except I quickly learn that in Zimbabwe we no longer agree on what unemployment is – the economy has become so informal that indicators of economic activity as important as employment rates are fluid. Make a quick buck selling grilled corn on a dusty street corner before the city police disperse your stock? Check, you are an employee!

But for those living in the country, the picture is stark. The once bustling industrial areas of Belmont and Thorngrove in the city of Bulawayo now have lifeless premises, overgrown grass right outside the doors. Where there is life, a church ministry of one sort or another has taken over, aggressively manufacturing desperate believers who endlessly spend evenings and weekday weekends asking to their creator a miracle that will chase away misery.

In desperate times, you choose a pacifier. Young people have another opiate of choice.

The alcohol and drug addiction crisis in Zimbabwe has become so palpable and alarming that even usually insensitive policy makers recognize the problem.

For a while, the sight of young zombie-like bodies numbed by a cocktail of substances ranging from alcohol to whatever the streets throw up was a distant story on South African television, chronicling the nyaope crisis in Johannesburg. It was never a familiar sight in Zimbabwean communities until it was. The sidewalks of Harare and Bulawayo streets now house, in addition to heaps of uncollected rubbish, unsightly human bodies, dulled by an assortment of substances.

The city streets of Zimbabwe show a rare destructive ingenuity to improvise harmful substances as alternatives to expensive drugs. Whether it’s boiling diapers and sanitary napkins, extracting all the chemicals that hit the right places, or concocting cough mixes and alcohol, sobriety doesn’t stand a chance. possibilities of escaping it are endless.

The concerns of the patriarch of my village are quite valid. Consumption of large amounts of alcohol and drugs leaves no healthy body behind. Sanity is already flashing red. The World Health Organization reports that up to 57% of mental health cases in Zimbabwe are induced by drug abuse.

Statistics often capture those presenting to formal health facilities. Dealing with mental illness in Zimbabwean society is much more complex than seeking treatment for other ailments.

The burden of shame that families carry when a member develops a mental health problem creates many “under the radar” treatment activities that take place far from medical specialists who can diagnose and provide appropriate treatment. Spiritual prophets and traditional healers are the go-to for ailments believed to be “in zabantu” – afflictions believed to be caused by witchcraft. Mental health problems are almost invariably thought to be caused by the jealous agitations of a relative, neighbor or co-worker. On these issues, drugs administered by doctors are considered powerless.

Spiritual prophets and traditional healers do not have standard treatment protocols like medical professionals, and anything goes. This includes rituals that could aggravate a patient’s mental state. Their sanctuaries form the occupied fringes where the mentally ill are surreptitiously dragged by relatives.

from Zimbabwe Mental Health Act guarantees the treatment of the mentally ill, and treatment and admission to public psychiatric hospitals are free. Great, on paper of course, like most things in the country.

Zimbabwe’s health system is facing a widespread onslaught of the economic crisis that no longer has traceable phases, one cycle overriding another. Currently, inflation, which has dramatically eroded the salaries and living conditions of health workers, is emptying hospital services. Nurses and doctors updated their passports and found work elsewhere. Young doctors who complained bitterly on social media about their working conditions have become curiously silent. There is no point in noisily walking away.

In 2021, Zimbabwe launched the National drug master plan, which “offers an integrated and comprehensive approach that will address a range of drug-related issues”. The background section of the plan already betrays the reluctance to trace illicit drug use in the country, as it cites statistics taken from Zimbabwe Republic Police criminal investigation reports from 2012. There is a yawning gap between this date and 2021.

The plan rightly captures the causes of drug abuse – the first being poverty. For most young people, there is no doubt that poverty drives them to use illicit drugs. The proposed implementation matrix seems complete as it claims, except there is no control of the addict factory – the economic mess.

As long as Zimbabwe offers no work opportunities for young boys from my village in Matebeleland South and indeed the rest of the country, small bottles of booze litter the place and drunken bodies will compete for space with uncollected waste in alleys and sidewalks.

Back in the nearby kraal, the half-charred pieces of meat are finished off, covered with a bit of ash as tradition dictates – when a beast falls, the men who slaughtered it have the first braai at the kraal. The young boys agree among themselves that it’s a perfect day for good binge eating, as the meat has established a “base” for more booze.

This is an edited version of an essay which was a finalist in this year’s Canon Collins Trust ‘Troubling Power’ essay competition.

Clayton Moyo, Canon Collins PhD, is a digital media enthusiast who teaches broadcast media at the Zimbabwe National University of Science and Technology. He shares his media skills outside of academia with citizen journalists and emerging media entrepreneurs.

The views expressed are those of the author and do not reflect the official policy or position of the Mail & Guardian.

What if you don’t qualify for student loan forgiveness?