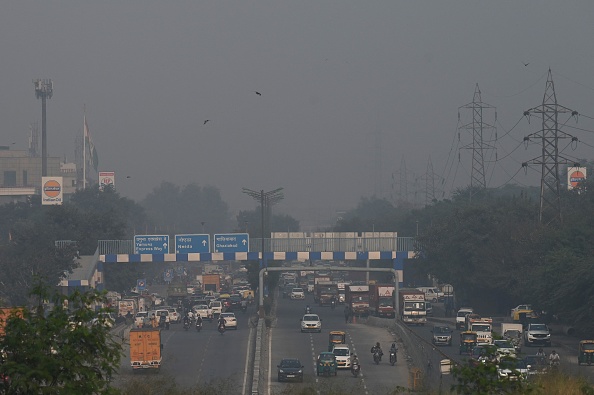 The increase in air pollution has been linked to an increase in pulmonary adenocarcinoma (LADC) around the world, and a team of scientists led by Nanyang Technological University in Singapore are tasked with connecting the two.

The same research has come to the conclusion that less smoking globally reduces cases of pulmonary squamous cell carcinoma (LSCC).

Lung adenocarcinoma is associated with genetic, environmental, and lifestyle factors, while pulmonary squamous cell carcinoma is linked to a history of smoking, according to Phys.org.

Research has found that a 0.1 g / m3 increase in carbon black, often referred to as soot, in the Earth’s atmosphere is linked to a 12% increase in the incidence of LADC worldwide. Carbon black is a pollutant considered lower than PM2.5 which increased by 3.6 g / m3 per year from 1990 to 2012.

Globally, a 1% reduction in smoking prevalence was linked to a 9% reduction in the incidence of SCCI. From 1990 to 2012, the number of smokers decreased by around 6% worldwide.

NTU Senior Vice President for Health and Life Sciences and Lee Kong Chian School of Medicine Dean Professor Joseph Sung, who led the study, said, â€œIn our study, we have were able to determine that the worldwide increase in pulmonary adenocarcinoma is probably associated with air pollution.

Over the past several decades, it has always been difficult to understand why we are seeing more women and more non-smokers developing lung cancer around the world. Our study highlights the importance of environmental factors in the causation of specific types of lung cancer. ”

Lead author of the study, Associate Professor Steve Yim of NTU’s Asian School of the Environment, said the research revealed the reasons for the increase in lung adenocarcinoma despite the drop in the rate of smoking. The results highlight the need to reduce air pollutants, mainly carbon black.

An independent institute for global health research at the University of Washington compiled age-standardized smoking prevalence data from 1980 to 2012. The National Aeronautics and Space Administration (NASA) provided the pollution data.

The pollutants studied were sulphate, PM2.5 and carbon black. The results of the study were published in November in Atmospheric Environment, a peer-reviewed publication.

Researchers observed regional differences in the link between air pollution and LADC. In comparison, in Europe a 10% increase in LADC cases was associated with 0.1 g / m3 carbon black, while in North America it was 10%.

Although tobacco use is on the decline globally, women in Asia, North America and Oceania have an increased risk of LSCC with every 1% increase in the number of smokers.

Increase in cases of LADC

In Asia, where carbon black and sulfate emissions are increasing, LADC is becoming more and more common. LADC men have increased by 24% per year across Asia, while women in Asia have seen a 25% increase. These results suggest that carbon black (11.9 g / m3 / year) and sulfate (35.4 g / m3 / year) have the largest increase worldwide.

To counter the increase in cancer, the team aims to study the role of carbon black and sulfate in its growth. The team also plans to look at other contaminants linked to lung cancer.