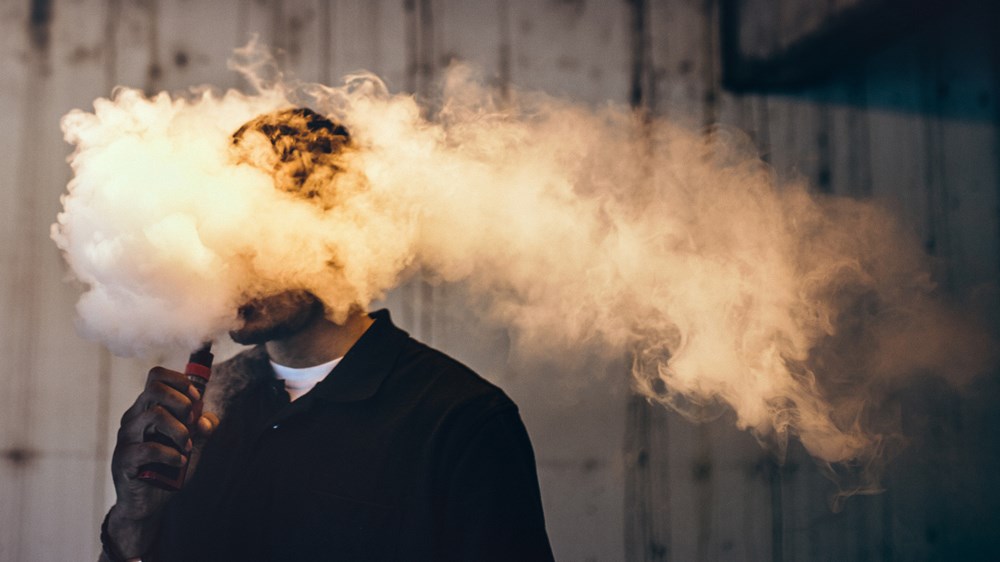 Vaping is not a healthy alternative

Even though vaping has been considered less harmful to the body than smoking, it comes with its own serious health risks.

I once wrote an article about smoking and what I learned about the cigarette industry appalled me, especially the part about the thousands of chemicals in a single cigarette and how the marketing The original was aimed at young people in order to establish nicotine addiction at an early stage. and have a customer for life. We’ve known for decades that smoking is not only addictive, it damages many areas of the body, causing long-term problems like COPD, emphysema, cancer, and heart disease, to name a few. name a few.

It is estimated that over 70% of smokers wish they had never started, and most have actively tried to quit several times in their lifetime. Many of these people turned to vaping and e-cigarettes to quit smoking, but ended up doing both – doubling their nicotine intake. Even though vaping has been considered less harmful to the body than smoking, it comes with its own serious health risks. We are only now realizing some of the long-term health risks of vaping.

According to Johns Hopkins University and the Center for Disease Control, there are also thousands of chemicals in vape products and not all of them are even identified. As in cigarettes, nicotine is the main ingredient. It is a highly addictive toxic substance that increases blood pressure, adrenaline and heart rate, which increases the risk of heart attack. Nicotine users also suffer terrible withdrawal when they leave their system because nicotine can be as addictive as heroin and cocaine. Many vapers get even more nicotine than they would from a cigarette because they can increase the voltage of the e-cigarette or buy extra-strength cartridges that contain a higher concentration of nicotine.

Vaping damages the lungs and can also lead to death, especially if the vaping products contain THC or other modified e-liquids. THC solutions contain Vit E acetate which is a thickening agent. Here are some recommendations from the Center for Disease Control: Never buy vaping devices or vaping products from friends or online retailers. Never modify a vaping device or add any substance not intended by the manufacturer. Avoid products containing TCH.

Other chemicals found in e-cigarettes include caffeine, pesticides, and flavorings, which are linked to respiratory irritation. Not enough is known about the long-term effects of vaping, but it is suspected to be linked to chronic lung disease, heart disease, and asthma.

E-cigarettes are less expensive than traditional cigarettes, and the lack of smoke removes some of the stigma of smoking, as there is no second-hand smoke. Since it is not detectable by parents or teachers, children start vaping at an even younger age than those who generally started smoking when they were young. Unfortunately, this is creating a large new population of nicotine addicts who are younger than ever.

Many years ago, cigarette manufacturers were forced to stop flavoring cigarettes due to the appeal of young people who were attracted to flavored cigarettes. However, there are many flavors available for e-cigarette use today, including cotton candy, desserts, juices, candy… As with cigarettes, e-cigarette flavors should be banned to dissuade young people from using them.

The chemicals used to flavor e-cigarettes are considered safe for consumption, but they have not been tested for inhalation. When heated, these flavorings create other very harmful chemicals like formaldehyde.

Vaping is a dangerous practice, not only because nicotine is dangerous and addictive, but also because too little is known about the breathing effects of other vaporized ingredients. It is of particular concern that children who would not have started smoking are experimenting with vaping. A whole new younger generation is getting addicted to nicotine through vaping or using puff bars etc. . Please talk to your youth and explain to them the dangers of using e-cigarettes and vaping. Without knowing that it’s really dangerous, the children don’t seem to see the harm.

And don’t forget that we are not out of the Covid pandemic. We need our lungs to be as healthy as possible in case we are exposed to Covid, which is a respiratory disease. For healthy lungs and to breathe only pure and sweet air…

Claire Nielsen is a health coach, author, speaker and founder of www.elixirforlife.ca. The information provided in the above article is for educational purposes only and does not replace professional medical and health advice. Please consult a physician or health care provider if you seek medical advice, diagnosis and/or treatment.