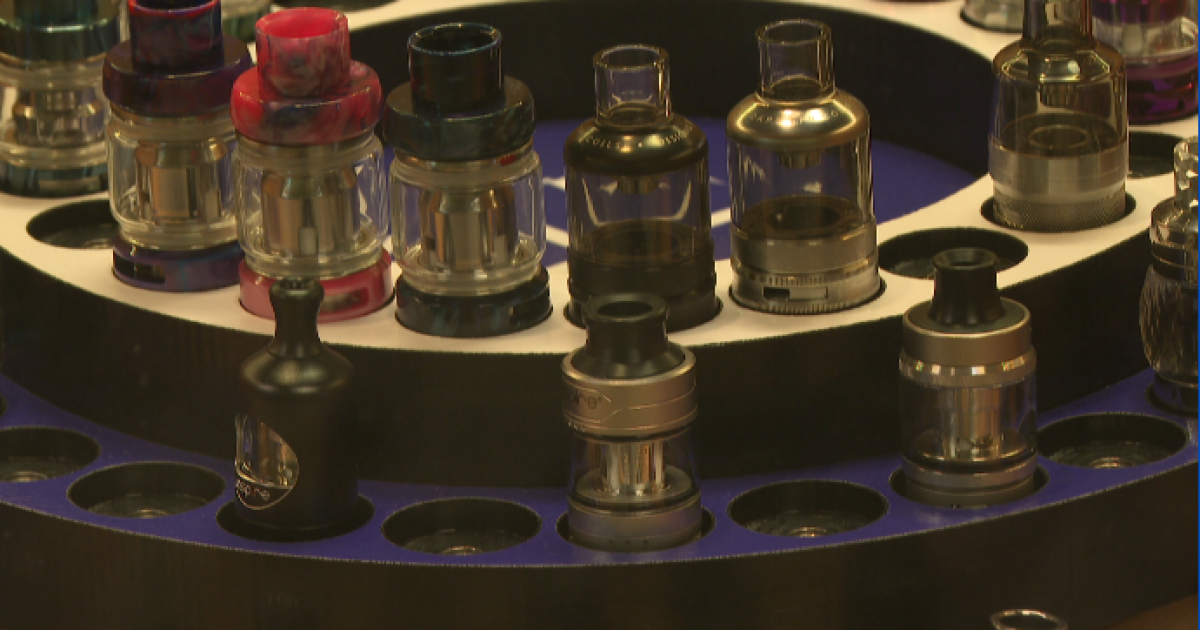 COLORADO SPRINGS – New restrictions on shipping vape products are having a significant impact on local stores.

FedEx is one of the postal carriers banning the delivery of these products, leading some stores to raise prices for their customers.

With the changes to distribution, Sprague says they have had to make some big changes, including using freight forwarding to transport the products.

“This has caused us to change our entire business model so to speak because we are used to sending shipments every week to these stores and now we have to reformulate and ship every two weeks, every month and in some case, quarterly. Some of our customers that we have in other states that buy our product, we have grouped them quarterly because they are small businesses that cannot afford those higher shipping costs, â€he said. Sprague said.

Sprague says changes in shipping costs caused them to increase prices to offset distribution costs. It also has an impact on the type of products that enter the store.

â€œOne of the biggest impacts is the ingredients we get to make our products. It has been very difficult to get things like nicotine out because companies are reluctant to ship it and a lot of companies misinterpret the regulations. and see them for more than what they are or less than what they are. All this confusion leads them to give up, â€said Sprague.

the American Vaping Association, a vaping advocacy organization, is fighting against these shipping rules by sending a letter to FedEx signed by 428 small business owners urging the carrier to reconsider its decision.

“Please reconsider this disastrous decision, which will perpetuate another generation of tobacco-related deaths – especially among disadvantaged communities,” the letter said. â€œWithout the ability to order vaping products wholesale or to ship their products to consumers, vaping stores have seen their shipping options skyrocket or completely evaporate. If consumers are not able to “To access or afford these reduced risk alternatives to cigarettes, they will be forced to turn to combustible tobacco, which is much more dangerous and will have lifelong consequences on their health.”

According to the organization, the effects of the ban will be disproportionately felt among minority, low-income and LGBTQ communities. The letter points out that these communities “smoke cigarettes at higher rates than white and more affluent populations,” and black Americans are among the populations most likely to use e-cigarettes as a tool to quit combustible tobacco.

â€œIt will have a lot of negative impacts on certain demographics, especially those who don’t have access to vape products in small towns. When these prices start to rise, there is a certain point when people start smoking again. and that’s what we’re afraid of. We’ve helped a lot of people in Colorado Springs and seeing our prices rise forcibly and the loss of business is sad, â€Sprague said.

Dacia Hudson, program manager for the Tobacco Prevention in Education Partnership, says vaping products are not an approved smoking cessation tool or tool.

â€œVaping products are relatively new, they appeared in 2007, so there is still a lot to learn about the products. We know that they contain a combination of chemicals known to cause health effects in the short and long term. long term. Some of them Chemicals are known to cause cancer, most vape juices contain high levels of nicotine. This is definitely not safe for young people because their brains are developing, it is why we are working so hard to prevent young people from getting started, â€said Hudson.

She says vapers are four times more likely to use a traditional cigarette in the next year.

â€œWe celebrate anyone who is trying to quit smoking or using any type of tobacco product. We recognize that some people may want to use an e-cigarette as a resource, but it is not an approved smoking cessation tool or cessation “said Hudson. “We strongly encourage people to use the free resources we have in Colorado such as the Colorado Stop Line which is a free program that people can get from coaching and nicotine replacement therapy. This is really where we try to lead people as well, these resources that we know and have proven to be effective. “

Despite the new challenges, vaping owners say they will continue to fight to keep the community away from tobacco products.

â€œThe FDA, the State, Prop EE, it seems every angle they can come to have been at us. We’re fighting here,â€ Sprague said.

Can Diabetes Cause Dementia?