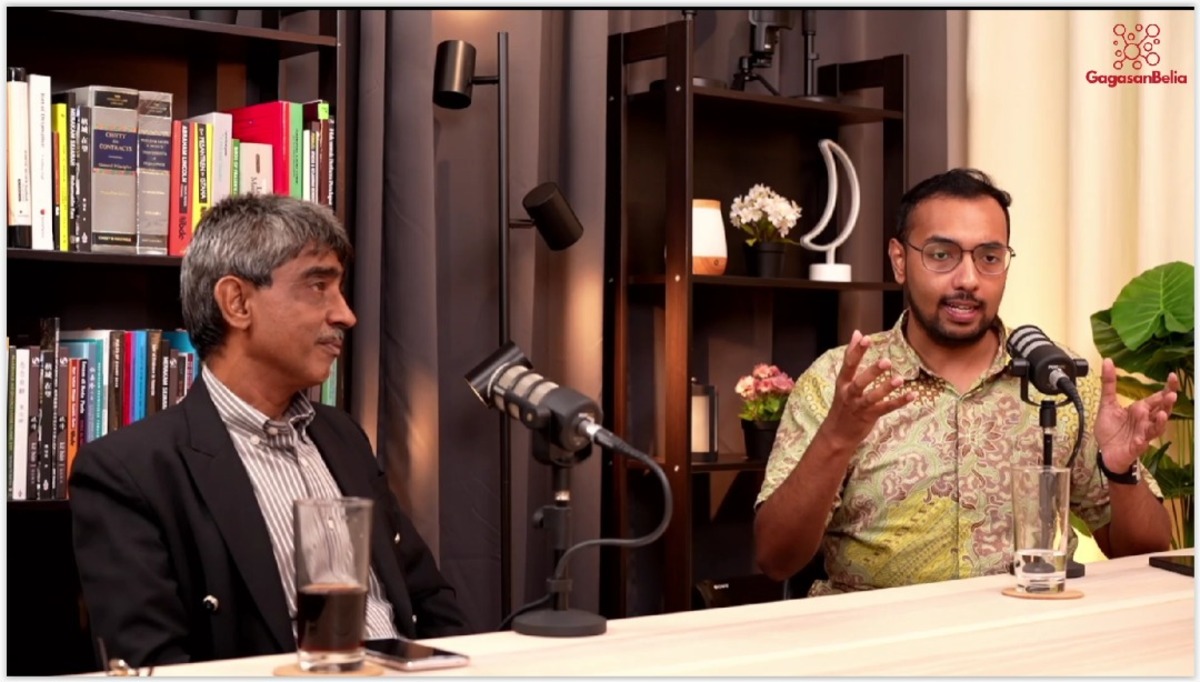 KUALA LUMPUR, September 27 – Influential youth group Undi18 has urged the government to consider postponing the draft generational tobacco ban to those born from 2023, instead of starting with the 2007 cohort.

Undi18 co-founder Tharma Pillai pointed out that people born after 2007, who are 15 or younger today, may already have formed personal opinions or wish to smoke in a country that has normalized the behavior. .

“So I think it’s unfair for us to take away their rights without trying to change the culture of society,” Tharma said in a joint discussion titled, “Is the GEG law constitutional?” with lawyer Mohamed Haniff Khatri Abdulla who was posted on the Undi18 Facebook page last night.

Tharma said minors continue to smoke even though current tobacco regulations prohibit those under 18 from smoking.

“If we don’t change the culture and normalization of smoking, starting with the 2023 generation and above, which I think is more appropriate, I’m afraid that attempts to ban the 2007 generation and beyond of smoking do not succeed.

“Instead, they will lose access to regulated cigarettes, or cigarettes that may be safer or vape as an alternative. I’m not saying cigarettes are safe, but [legal cigarettes] are safer than contraband cigarettes, the contents of which we don’t know.

“So I’m afraid that those who will benefit the most are the criminals and the smugglers. And we won’t get a Generational End Game (GEG) – we will get a ‘Gudang Garam Generation’, GGG.

Tharma cited industry claims that 60% of cigarettes sold in Malaysia are illicit.

Health Minister Khairy Jamaluddin plans to re-table the Tobacco and Tobacco Products Control Bill 2022 – which aims to ban tobacco and vaping for anyone born on or after January 1, 2007 – for debate at the next parliamentary meeting which begins next week on October 3.

If passed, the government aims to implement the GEG from 2025, which means people born from 2007 will not be able to legally smoke or buy tobacco or vaping products, even when they will be 18, the current legal smoking age.

Haniff Khatri – who represents a group of seven people seeking to reverse the Ministry of Health’s (MOH) earlier decision to ban smoking in restaurants, including outdoor dining – said a smoking ban for people born after 2007 is arguably discriminatory and in violation of Article 8 of the Federal Constitution which guarantees equality before the law.

He explained that this is because the 2007 cohort already exists, but the Tobacco Bill seeks to prohibit this group, unlike others born before 2007, from smoking at the age of 18.

“This is a group that has different rights than other children. Isn’t that discrimination within the same group? That’s the question,” the lead attorney said.

“So I suggest that we implement the ban after the bill is passed. If this bill should be passed in 2023 before December 31, then we ban it for the next generation born from January 1, 2024.

“We don’t want GEG 2022 to fail because of a valid challenge in court.”

The restaurant smoking ban lawsuit, in which Haniff Khatri is representing the plaintiffs, is to be rendered by the Court of Appeal on November 23.

Haniff Khatri complained that smoking areas are now illusory in Malaysia and that smokers’ rights are increasingly violated.

“In this case, we insisted on the balance between the rights of smokers and the rights of non-smokers,” he said, referring to the legal challenge against the ban on smoking in restaurants.

“If a restaurant wants to designate special areas for people to eat or smoke, the government cannot create a law that prevents them from exercising their rights as long as it does not affect the rights of non-smokers to eat and to drink in a smoke-free environment.

The “war on tobacco” victimizes the poor

Tharma expressed concern that enforcing the generational tobacco ban would disproportionately affect the bottom 40% (B40) and low-income children and youth.

The youth leader pointed out that Malaysia’s narcotics ban has led to the incarceration of low-income people who often cannot afford good lawyers when arrested for smoking marijuana .

“For most of them their lives are destroyed and they cannot work,” he said.

“We need to consider the socio-economic context when developing legislation. After failing in the war on drugs, we are now embarking on a war on tobacco that will also claim victims among the poor. We don’t have a broader policy to address the normalization of drugs and cigarettes, yet we still choose the easy way and pretend we’ve succeeded.

Haniff Khatri noted that although the Tobacco Control Bill has been sent to a newly formed Parliamentary Special Committee (PSSC) for review, a parliamentary caucus is currently considering decriminalizing cannabis for medical purposes.

“In 2022, there are studies to ban cigarettes, but there are also studies to allow drugs. Does that make sense?”

Tharma asked whether the government had consulted any health, child, constitutional or legal experts outside of government, including the Bar Council, or even children or young people themselves who would be directly targeted by the GEG tobacco and vape.

“Do young people or children have a voice? Are they seen as a stakeholder who needs to be taken into account, or are their voices completely ignored? »

Haniff Khatri pointed out that despite the formation of the bipartisan PSSC to consider the tobacco bill after it was removed from debate at Dewan Rakyat’s last meeting, the parliamentary committee made no announcement that the general public gives its opinion on the bill.

“If the GEG is carried over to the 2024 generation…in the next 20 years society can be educated on why smoking is bad, then they will accept criminalization and it won’t go to the GGG – Generasi Gudang Garam. It’s a generation, you have enough time to educate.