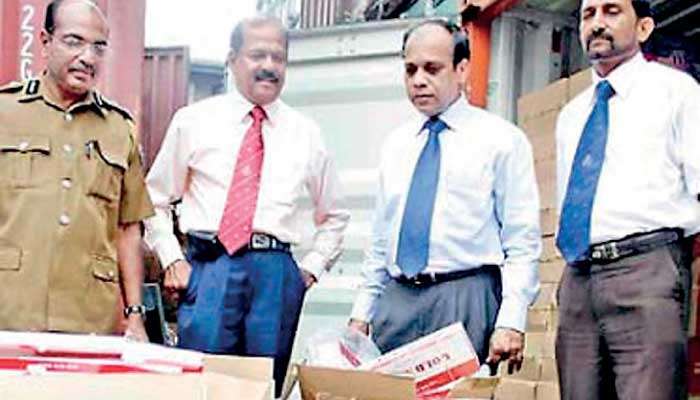 Understanding the Dynamics of the Illicit Tobacco Market in Sri Lanka

Building on previous work on tax leakage and illicit markets, the Research Intelligence Unit (RIU) has launched its latest report on the economics of tobacco taxation, providing macro-level insight into the tobacco industry in Sri Lanka, including the illicit market. The report is based on preliminary results from an ongoing primary survey of tobacco consumers and retailers. Understanding the nature of the overall tobacco market with particular emphasis on the illicit segment is key to understanding the impact it has on the local economy, including in particular the erosion of treasury revenue.

The World Health Organization (WHO) has revealed that Sri Lanka is the most expensive country in the world to buy cigarettes in 2020, based on purchasing power parity (PPP), making the country a “high-priced hotspot” and a prime target for the illicit global tobacco trade.

As shown below, the price of Sri Lanka’s most consumed brand of cigarettes, John Player Gold Leaf, has increased gradually but significantly over the past decade.

Along with the above has been the increase in the illicit trade in cigarettes, specifically illicit importation – cigarettes produced/purchased in a low cost jurisdiction and then illegally transported to another high profit jurisdiction, to avoid applicable taxes. Apart from the high prices of legal cigarettes in Sri Lanka, other factors such as weak border controls and the low-risk, high-reward nature of sanctions in the illicit cigarette industry make Sri Lanka a paradise for smugglers. Based on key research findings, the latest RIU report estimates that 21% of cigarettes consumed in Sri Lanka in 2021 were illicit.

The illicit share has gradually increased over the past decade from less than 10% in 2012 to 21% in 2021. A market share of 21% means a loss of tax revenue of around Rs. 27 billion for the year 2021. If avoided, these resources could be redirected to funding productive economic, environmental and social development activities, as well as further investment in illicit trade mitigation measures such as increased staffing of customs and law enforcement agencies and the modernization of detection equipment. To put things in perspective, the Rs. 27 billion could for example have funded new laptops for over 300,000 students.

A common term in the illicit market is “smuggling”, i.e. the purchase of cigarettes in low- or no-tax jurisdictions for resale in higher-tax jurisdictions without the appropriate taxes being paid. paid. This can include direct smuggling where smugglers use illegal entry points to avoid customs inspection and smuggle tobacco products directly by sea or land from neighboring countries. These operations use deceptive methods such as hiding cigarettes in secret compartments on board ships, food, vehicles or vehicle parts, wood, luggage, furniture, toys, boats, tires, textiles. Smuggled cigarettes avoid various health restrictions and regulations, such as requirements for graphic health warning (GHW) labels in the local language. They can pose serious health risks to its users as the quality standards are not verified.

In addition to the health and economic implications, illicit cigarettes also present risks from the point of view of criminal activities and national security. Cigarettes are one of the most smuggled “legal” commodities in the world and cigarette smuggling is considered a form of transnational organized crime. As such, this activity poses significant and growing threats to national security and public safety. Evidence shows that many high-profile terrorist organizations such as Al-Qaeda and ISIS operate smuggling networks due to higher profit margins and relatively lower risk.

The market value of a container of illicit cigarettes can be worth around Rs. 700 million. However, the maximum fine in Sri Lanka for smuggling a large container of cigarettes is just Rs. 1 million. Therefore, smugglers make substantial profits by exploiting the system which is lenient on penalties and lucrative in market terms. Criminal networks can grow through the trafficking of illicit tobacco products, facilitating and financing other criminal activities. These include money laundering, bulk money smuggling, and trafficking in people, weapons, drugs, antiques, diamonds, and counterfeit goods.

The notorious drug trafficker “Makandure Madush” has publicly admitted to using cigarette smuggling from Dubai as a profitable gateway for drug smuggling, which clearly indicates that illicit cigarette smuggling is laying the groundwork for other unwanted criminal activities in the country. In his last press interview, he said: “Riskon’s main operation was the smuggling of illicit cigarettes from Dubai to Sri Lanka. We loaded containers full of cigarettes in Sri Lanka. It was only later that we got involved in heroin trafficking” (Sinhala Sunday Island, November 2020).

Here are some recent examples of notable seizures of contraband cigarettes in Sri Lanka.

• A container containing 150,000 contraband Chinese cigarettes worth Rs. 9 million was seized in March 2021. These cigarettes were concealed in iron pipes.

• In May 2021, over 200 million cartons of cigarettes were smuggled into the country from Jebel Ali port in Dubai. This stockpile was fortunately seized by Sri Lankan Customs, thus protecting the country from a loss of tax revenue of ~Rs. 9 billion.

• The Police Narcotics Bureau arrested three people and recovered 212,000 sticks of contraband cigarettes worth over Rs. 10 million in May 2021.

• In June 2021, Sri Lankan Customs discovered a shipment of 276,000 cigarettes worth over Rs. 24.8 million. These illegally imported Chinese-made cigarettes were concealed in small chair-shaped boxes.

According to RIU’s primary research, a significant number of illicit cigarettes are sold by family/friends/work colleagues, street vendors and known dealers. Illicit cigarette smokers also reported illicit cigarette purchases in hotels, restaurants and cafes (HoReCa). Alarmingly, illicit cigarettes were also reportedly purchased from small retail/supermarket/grocery stores. Illicit traders have turned to the online arena during the pandemic. As a result, online transactions through well-known platforms have seen an increase in sales and distribution.

The RIU has always been an organization that has addressed issues of national interest, advocating the pursuit of prudent and pragmatic policies that avoid stimulating the growth of illicit markets. Apart from tobacco, Sri Lanka is affected by the illicit markets that exist in other sectors such as agriculture, alcohol and pharmaceuticals, all of which result in tax revenue leakage for the country. In a 2021 report, the RIU estimated that the loss of tax revenue due to illicit glyphosate was estimated at Rs. 295 million for the year 2020.