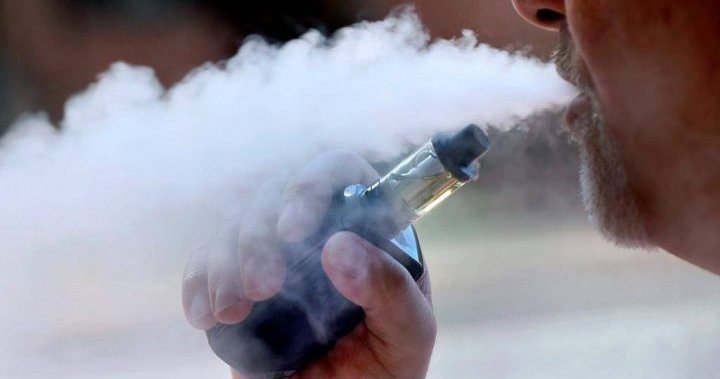 A UBC Okanagan research study – which took the unusual step of analyzing Reddit’s online posts – found that most young people trying to quit vaping do so because of adverse health effects .

The study, published in this week’s issue of Internet Medical Research Journal, has implications for young Canadians who are currently addicted and want to quit using e-cigarettes, commonly known as vapes, the university said in a statement.

First e-cigarette authorized in the United States, the FDA cites a benefit for smokers

“Vaping has become a popular global phenomenon, with over 40 million users worldwide,” said Laura Struik, assistant professor in the School of Nursing at UBCO and the study’s principal investigator.

“Despite this growth in popularity, many current vapers admit they want to quit, especially young Canadians. In fact, over 60% of 15-19 year olds who vape said they tried to quit in the past year. Our study is the first to use the social media forum, Reddit, to find out how they break this habit and how they can be better supported.

1:58
Age-gating when it comes to vaping

Electronic cigarettes first appeared in the United States and Canada around 2007 with the promise of providing smokers with a less harmful alternative to smoking traditional tobacco cigarettes. The devices heat a nicotine solution into a vapor that is inhaled.

But there have been few rigorous studies to find out whether e-cigarettes really help smokers quit.

And the FDA’s efforts to begin controlling vaping products and their claims have been repeatedly hampered by lobbying from industry and competing political interests.

Over the past few years, the vaping market has grown to include hundreds of companies selling a range of nicotine devices and solutions in various flavors and strengths.

But the vast majority of the market is controlled by a few companies including Juul Labs, which is partly owned by Altria, and Vuse.

UBC Okanagan research showed that negative health experiences, such as shortness of breath, chest pain, wheezing, and poor sleep were the complaints listed among Reddit users.

1:00
Total flavor ban is the only way to fight youth vaping: Lung Association of Saskatchewan

Total flavor ban is the only way to fight youth vaping: Lung Association of Saskatchewan – April 29, 2021

“This is very different from the # 1 reason smokers want to quit, which are future health issues,” Struik said.

“We need to pay attention to these early adverse health effects. I am particularly concerned about the impact of vaping on young and healthy lungs. The fact that e-cigarette users experience such intense negative health effects from vaping indicates that something different is happening biologically compared to smoking.

How dangerous is vaping? What we know about its health risks

Struik also notes that users have reported intense withdrawal symptoms and nicotine addiction as the main obstacle to quitting.

“This is not surprising given that the most popular electronic cigarettes provide very high concentrations of nicotine,” she said.

4:35
How the pandemic is affecting young people and vaping

How the pandemic is affecting young people and vaping – March 20, 2021

“Additionally, previous studies suggest that the developing brain, such as that seen in youth and young adults, is vulnerable to long-term nicotine addiction. This makes abandonment more difficult for this population.

She suggests that online interventions can be particularly useful for this group, given that most of them are young and adopt digital platforms.

“Here we have the opportunity to support them. “

– With files from the Associated Press