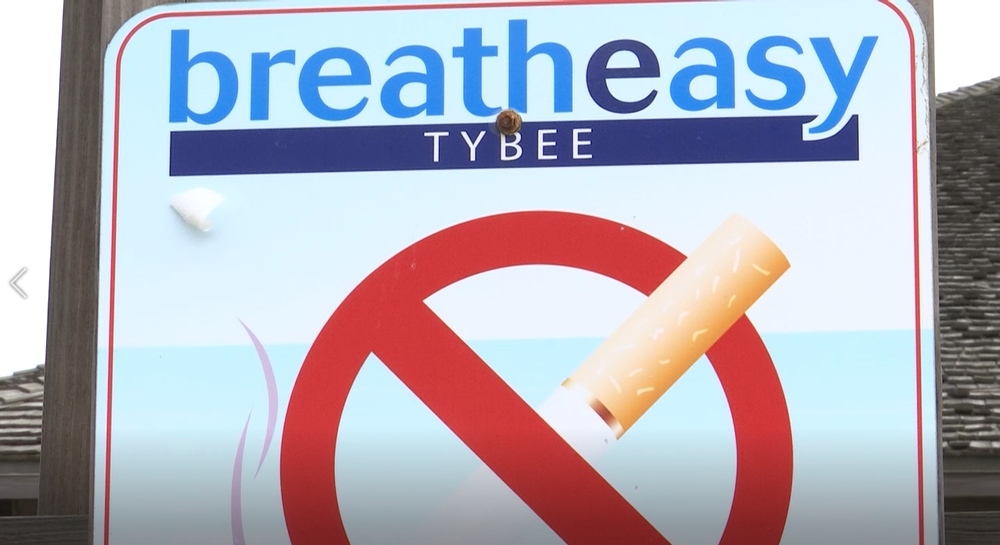 TYBEE ISLAND, Ga. (WSAV) — The Tybee Island City Council is considering a ban on cigarettes on the beach.

It was discussed at the January and February meetings and council members want to hear from residents before making a decision.

Currently, smoking is prohibited in the pier area between 14th and 16th streets as part of a pilot program started by the city. That ban expires in May, leaving the council with few options.

“We have to decide if we want to extend the beach smoking ban to be permanent, or do we want to continue smoking only a small part of the beach, or do we just want to scrap the scheme altogether. said Deputy City Manager Michelle Owens.

Volunteers from a beach clean-up organization say they have collected nearly half a million cigarette butts over the past four years. Tim Arnold, the founder of Fight Dirty Tybee, has been fighting for a beachwide smoking ban since 2015.

“It’s just a literal ashtray,” he said of the beach. “They get buried quickly, they surface another day, they come out in the water, they get eaten by animals.

“I mean nothing good comes from a cigarette left on the beach. People think it biodegrades. It never degrades.

Arnold said cigarettes are the biggest driver of beach litter and should be considered a public safety hazard. He is confident that the beach-wide ban will pass this time around.

“Our beaches are dirty,” Arnold said. “It’s just bad for business, it’s bad for the visitor experience, it’s bad for everyone, you know. It’s a problem we can fix.”

Top 5 places to stay in Tybee

“If it doesn’t pass,” he continued, “we’ve already spoken to our leadership team and we’re going to take some time for the city to see the issue for itself.”

You can submit your thoughts on the city website or attend two meetings: March 15 on Zoom or March 22 at the Tybee Guard House (31 Van Horne Ave).

The city will also be seeking feedback on a proposal to install speed cameras in the Butler Avenue school zone.