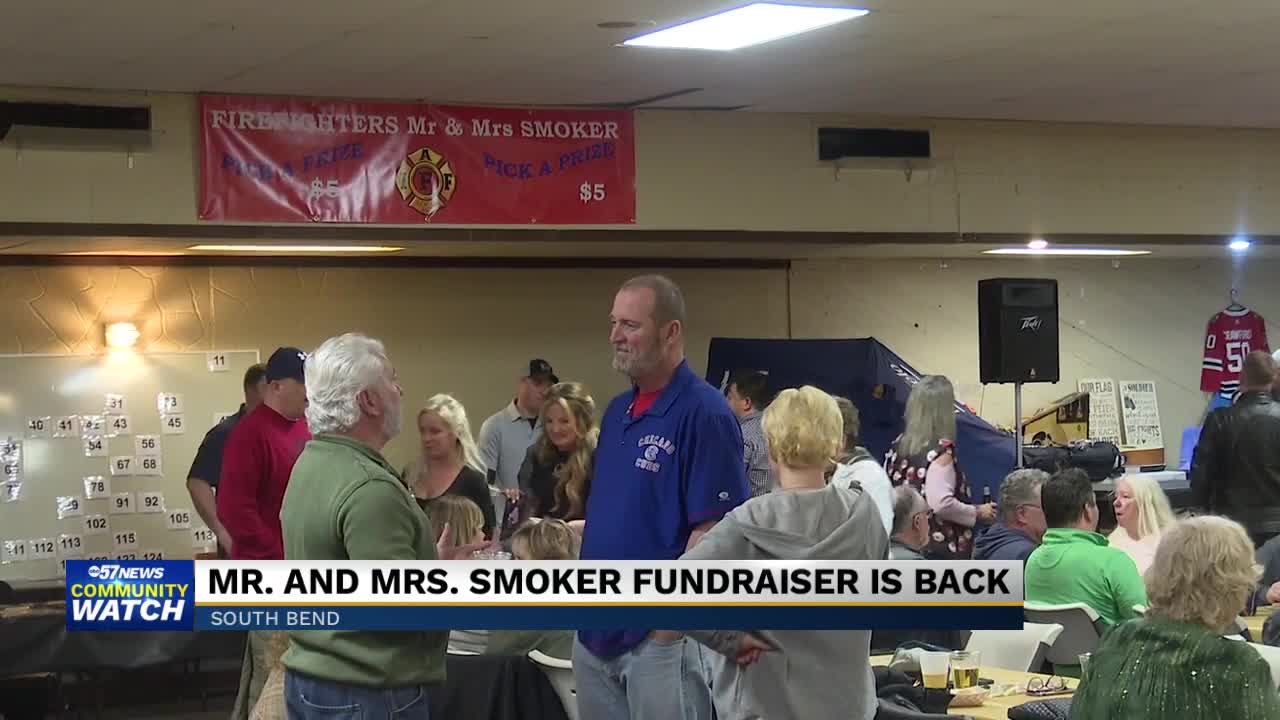 SOUTH BEND, Ind. — The Mr. and Mrs. Smoker fundraiser organized by the South Bend Firefighters Association made a return on Saturday. The annual event draws large crowds of people showing their support for retired firefighters in our community, and as Saturday’s was the first since the pandemic, many people came out.

A line wrapped around the South Bend Fire Department Local 362 building on Saturday as people headed inside for the Mr. & Mrs. Smoker event. People were excited to support, since Covid delayed fundraising for 2 years.

“We had to jump last year; we just didn’t feel safe,” says South Bend Firefighters Union 362 Vice President Eric Griffin. a few hours later ; it’s one of the busiest events we have.

The objective is to raise funds for the firefighters’ union retirees’ dinner and to thank the retirees for their commitment. Cliff Powell is one of the retirees enjoying his last smoke as a member of the fire department.

“This will be my last; I’m retiring in May,” Powell says. “For twenty-two years I was the guy here who worked on these events, and this is the first one I’ve been to where I’m not working.”

The extra money raised at the event will go to various charities to which the firefighters union donates.

“We have a few charities that we donate money to. Some with our other events that we have during the year that we fundraise for; a big one is Hoosier Burn Camp,” Griffin says. “Everything we think is important to us and important to the community we serve.

Many people who came out were simply showing their support for their firefighter friends and family.

The next big fundraiser for the firefighters union will be on Dyngus Day. Visit their Facebook page to learn more about upcoming events.