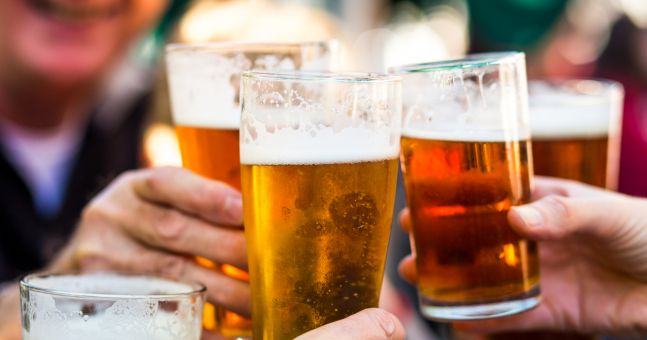 A pop-up pub in London will serve a selection of beers and wines for just 66p on selected days of the upcoming World Cup.

The ZYN Arms, launched by nicotine pouch brand ZYN, was designed following nationwide research revealing what fans want most from their football viewing this year.

A poll of 2,000 Britons found a third wanted bar prices to be more affordable and 1 in 5 said a smoke-free environment was the only way they would enjoy watching the great outdoors match.

The refreshing and affordable 66p drinks menu is a nod to England’s victorious 1966 victory.

You will be able to reserve a table for one of the three games each day.

Brits expecting cheap pints in the Middle East this winter could be shocked after it was revealed they could be charged around £80 a pint.

At one bar, the Champions Sports Bar at the Marriott hotel in Doha, a group stage match will cost £48 to enter, followed by a Budweiser, Corona or house wine at £16 – and that’s by match, as some days have three matches per day.

This mouth-watering final charge is also for the final – which gives you a three-drink voucher, meaning a bottle of Corona beer will cost around £80 a pint.

Anyone for a lock-in in the ZYN?