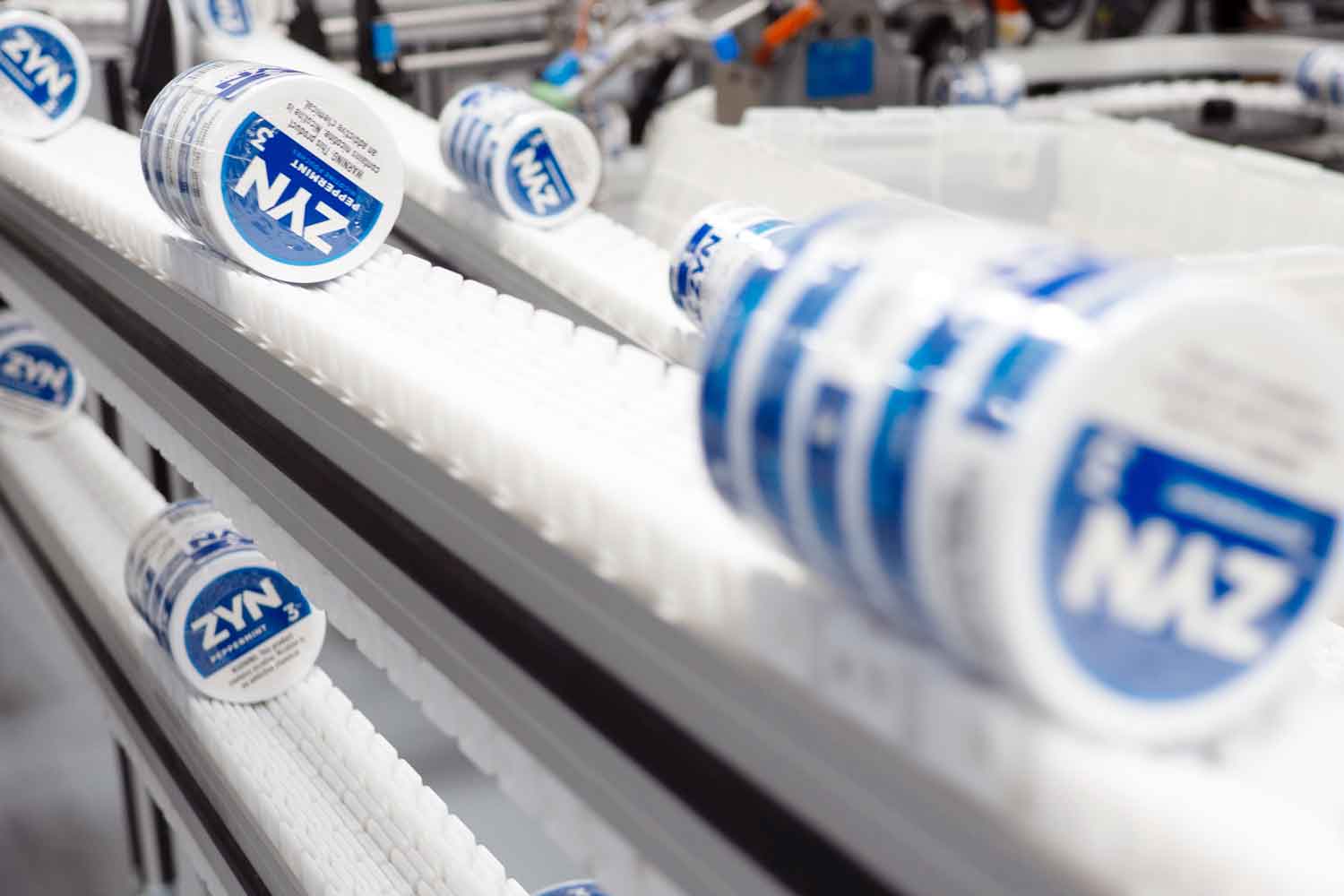 A takeover of Swedish Match would give Philip Morris International a full portfolio of lower-risk products.

Philip Morris International could take a giant leap this year towards its goal of becoming a smoke-free company. In May, the multinational offered $16 billion to acquire Swedish Match, a Stockholm-based maker of oral nicotine products known for brands such as Zyn, General, Oliver Twist and Longhorn. If accepted by shareholders, PMI CEO Jacek Olczak said in a May 11 webcast that the deal would significantly accelerate the achievement of PMI’s smoke-free ambitions and position it to lead this transformation in industry. PMI aims to achieve more than 50% smoke-free net revenue by 2025, up from 30% in the first quarter of 2022 and virtually zero in 2015, when the company launched its IQOS heated tobacco product.

The takeover has the potential to greatly benefit both companies. Swedish Match’s broad portfolio of pouch and snus brands is largely complementary to PMI’s, and the two companies’ corporate cultures and organizations are compatible, Olczak noted. The Swedish manufacturer shares PMI’s vision of working towards a tobacco-free and cigarette-free future; more than two-thirds of its revenue and about three-quarters of its operating profits come from smoke-free products.

About a quarter of sales are generated by Swedish Match’s cigar business, which the company planned to spin off in 2021 via a shareholder spin-off and subsequent listing on a US stock exchange. However, in mid-March this year, Swedish Match’s board decided to suspend preparations for the planned spin-off until further notice.

If Swedish Match shareholders approve the takeover, it would give PMI a comprehensive global portfolio of lower-risk products with leading positions in heated tobacco and nicotine pouches, the fastest growing oral nicotine category, with potential for accelerated international expansion, Olczak explained. With PMI’s emerging presence in the vape segment through its Veev product, the combined companies would have a strong position with brands on all three major smoke-free platforms, Olczak pointed out. The merger would add more than 3 million adult users of smoke-free products to PMI’s approximately 18 million IQOS users.

Strong in the U.S. smokeless market

The Swedish company is also well established in geographies where PMI wants to expand its smoke-free products. Of Swedish Match’s sales, more than 64% come from the United States and 29% from Scandinavia.

An important aspect of the deal is Swedish Match’s strong position in the lucrative US market. Excluding China, the US nicotine industry is the largest in the world by value, with retail value accounting for approximately 30% of the international market. About 34 million Americans smoke.

In smoke-free products, the United States alone generates more than half of the retail value of all other countries except China. In 2021, the U.S. smokeless market accounted for approximately 23% of the country’s total nicotine volume, and its retail value continues to grow strongly at a compound annual growth rate (CAGR) of approximately 13% since 2018, according to Olczak. The purchase of Swedish Match would increase PMI’s direct addressable market for smoke-free products in the United States by approximately 60%.

In the US$1 billion nicotine pouch category, Swedish Match has a 64% volume share with its fast-growing Zyn brand. The product’s extraordinary performance catalyzed the category in the United States in 2021, driving volumes up around 80% last year alone, Olczak said. With over 500 sellers, access to over 150,000 outlets, and manufacturing and support functions, Swedish Match has a significant platform in the United States. In 2019, eight products sold under Swedish Match’s General snus brand received the first Modified Risk Tobacco Product (MRTP) orders from the Food and Drug Administration.

To date, PMI has made only limited progress in the growing smoke-free market in the United States. In the United States and elsewhere, the company has no or negligible presence in the nicotine pouch category, according to Olczak. And although IQOS also received MRTP orders, PMI had to halt the product’s rollout in the United States in November 2021, when the International Trade Commission (ITC) ruled that the combustion-free heater violated two BAT patents. .

PMI intended to market IQOS under an exclusive licensing agreement with Altria Group’s PMI USA subsidiary. Following the decision, PMI USA was forced to withdraw the product from the market.

During the company’s 2021 earnings call in February, Altria CEO Billy Gifford said that while he didn’t expect to have access to IQOS devices or Marlboro Heat Sticks in 2022, his company remained focused on bringing IQOS back to the US market. as soon as possible. According to the ITC’s decision, PMI can either modify the design of IQOS, which would require it to go through the tedious FDA clearance process, or manufacture the product in the country. The company opted for the latter, Olczak revealed in an interview, but he didn’t reveal where US production will take place. However, the company said it plans to start selling IQOS again in the first half of 2023.

The global nicotine pouch market is valued at around $2 billion, having grown by around 65% in 2021. Here too, Swedish Match leads the category with a volume share of around 40%. PMI forecasts that the retail value of the modern oral nicotine category will grow by a CAGR of 30-40% over the next five years, with the rest of Europe overtaking fast-growing Scandinavia over the next three years . PMI sees low- and middle-income countries as attractive targets for nicotine pouches, given the simplicity, affordability, and ease of use of the products.

This is where the benefits of a potential deal for Swedish Match would come into play: in addition to benefiting from access to the resources of a much larger corporation, IQOS’ extensive international trading infrastructure and Further development of PMI would provide Swedish Match with an important international presence opportunity for Zyn. PMI is committed to investing in the nicotine pouch category, according to Olczak. Leveraging the strengths of the companies’ respective nicotine offerings could translate into great potential for PMI’s position in Scandinavia.

It remains to be seen whether the agreement will be concluded. Swedish Match’s board accepted PMI’s offer and recommended that its shareholders do the same. Under Swedish law, about 90% of shareholders must agree to the deal for it to proceed. Several investors opposed the takeover, saying it was unclear whether the offer price sufficiently reflected Swedish Match’s long-term value. Swedish Match is a fast-growing and profitable company, experiencing a CAGR of over 17%, excluding currency fluctuations between 2018 and 2021, and growing its cash from operations at a CAGR of 20% over the same period , from $426 million in 2018 to $738 million in 2021.

According to Bloomberg, in July US activist investor Elliott took a stake in Swedish Match to end the deal. Opposing shareholders can have a significant impact: In 2021, pharmaceutical company Astra Zeneca blocked a $7.6 billion takeover of Swedish player Orphan Biovitrum by withholding its 8% stake in the company from a takeover bid .

In the case of Swedish Match, things may turn out differently. Mads Rosendal, an analyst at Danske Bank, wrote in a research note that Elliot was unlikely to build up a large enough stake in Swedish Match to thwart the deal on its own.

Of course, the agreement will only take effect after the last signature. Swedish Match shareholders have until October 21, 2022 to accept the offer.