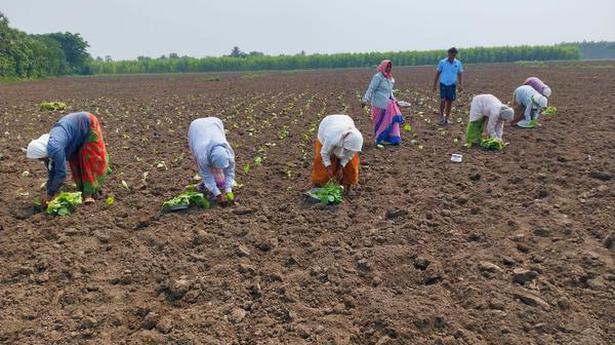 The NCPCR and representatives of the retailers association suggest raising the legal age for the sale of tobacco products to 21 and adopting a comprehensive advertising ban.

Tobacco use in all its forms, whether smoking or chewing, is associated with serious victims of COVID-19 according to the Ministry of Health and Family Welfare and the Indian Council of medical research and now the chairman of the National Commission for the Protection of the Rights of the Child (NCPCR) and his representatives from the retailers association have called on the central government to strengthen the national tobacco control law in order to protect young people from smoking.

They urged the government to raise the legal age for the sale of tobacco products to 21, enacting a comprehensive ban on tobacco advertising and promotion and banning the sale of cigarette sticks / beedis, stating that this would go a long way in preventing children and young people from starting to smoke at an early age.

“It is scientifically established that if a person is kept away from tobacco until the age of 21 and over, there is a very high probability that they will remain tobacco free for the rest of their life,” NCPCR Chairman Priyank Kanongoo said. .

He added that several countries have now raised the minimum age for the sale of tobacco products to 21 and banned the sale of single cigarettes in order to control their accessibility and affordability for young people.

“Raising the legal minimum age for the sale of tobacco products from 18 to 21 and banning the sale of bulk / single cigarettes by amending COTPA [Cigarettes and Other Tobacco Products Act] 2003, is crucial in protecting young people from tobacco because it has the potential to reduce initiation to smoking and progression to regular smoking, â€he urged.

Countries are increasingly recognizing that almost all who become long-term tobacco users start smoking as a teenager. Data before and after implementation shows that increasing the smoking age to 21 will help prevent young people from starting to smoke and reduce deaths, illnesses and health care costs caused by smoking. tobacco use.

At least 14 countries (Ethiopia, Guam, Honduras, Japan, Kuwait, Mongolia, Palau, Philippines, Samoa, Singapore, Sri Lanka, Thailand, Uganda and the United States) have now increased this minimum age to 21 years for purchasing products from the tobacco. . At least 86 countries have banned the sale of plain cigarettes to control their accessibility and affordability for young people.

â€œWe are educating retail stores not to sell tobacco products to children. There must be a complete ban on tobacco and its products in India, which will bring about a major change. We urge the government to amend COTPA 2003 and increase the sale of tobacco products from 18 to 21 years old, as this will protect our children and youth from the threat of tobacco â€, Sanjay Gupta, President of Uttar Pradesh Vyapar Mandal .

Birendra Singh Raghav, General Secretary-Treasurer, Jaipur Vyapar Mandal, added that tobacco retailers are aware of the provisions of COTPA 2003 and motivated not to sell tobacco products to minors. â€œWe support the government’s decision to strengthen this law to protect children and young people against initiation and addiction to tobacco.

According to the Global Youth Tobacco Survey recently released by Minister of Health Mansukh Mandaviya, India has the second highest number (268 million) of tobacco users in the world and of those 13 lakhs die each year from tobacco-related illnesses. Ten lakh deaths are due to smoking, of which more than 200,000 are due to exposure to secondhand smoke, and more than 35,000 are due to smokeless tobacco use. Almost 27% of all cancers in India are due to tobacco use. The total direct and indirect cost of tobacco-related illnesses was 182,000 crore, or nearly 1.8% of India’s GDP.

In addition, almost a fifth of students aged 13 to 15 use tobacco products in India. The national student survey found that 38% of cigarette smokers, 47% of beedi, and 52% of smokeless tobacco users had taken up the habit before the age of 10.