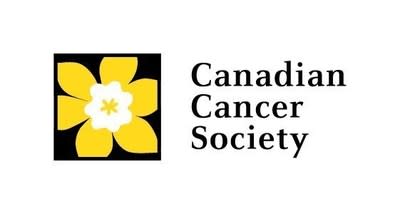 MONTREAL, November 17, 2021 / CNW / – The Canadian Cancer Society (CCS) salutes the judgment of the Quebec Court of Appeal which upheld the constitutionality of Quebec e-cigarette legislation in its entirety, including comprehensive restrictions on advertising for e-cigarettes. CCS was an intervener in the case to protect the health and well-being of young people by Quebec and Canada tobacco industry marketing tactics.

“This court decision is an important victory for public health,” said Rob cunningham, lawyer and senior policy analyst for the Canadian Cancer Society. “Tobacco companies should not have the ability to promote e-cigarettes in a way that exposes young people. The high rates of young people vaping in Quebec and in Canada are of great concern. “

The Court rejected arguments that the Quebec The e-cigarette legislation was an unwarranted interference with freedom of expression and infringed federal responsibility for criminal law. The Court upheld the ban on advertising of electronic cigarettes, except in publications with at least 85% adult readers and in specialized vape shops, as well as the ban on displaying the products and advertising in vape shops to be visible outside the store. A May 3, 2019, the judgment of the Superior Court of Quebec had invalidated significant portions of of Quebec advertising restrictions on electronic cigarettes, but this has now been overturned on appeal.

The judgment has implications beyond Quebec. In 2020, the federal government passed national regulations banning e-cigarette advertising in places where young people under the age of 18 are exposed. The Quebec The Court of Appeal specifically supports federal regulation, as well as other federal and provincial e-cigarette laws generally.

â€œIn order to reduce vaping among young people, it is essential that the Quebec government is moving quickly to adopt additional measures, including a ban on flavors in electronic cigarettes and the introduction of a tax on electronic cigarettes, like other provinces, â€adds Cunningham.

Smoking is the leading cause of preventable illness and death in Canada, killing nearly 48,000 Canadians each year, including about 30% of all cancer deaths. According to 2020 data, there are still 1.1 million Quebecers who smoke, which represents 15% of the population aged 12 and over, and 4.2 million Canadians who smoke, which represents a prevalence of 13%. Huge Work Needs To Be Done To Reduce Youth Smoking And Vaping And To Meet The Goals Quebec target of a current smoking prevalence of less than 10% by 2025 and the Canadian goal of a smoking prevalence of less than 5% by 2035.

About the Canadian Cancer Society
The Canadian Cancer Society works tirelessly to save and improve lives. We fund the brightest minds in cancer research. We provide a compassionate support system for all people touched by cancer, from coast to coast and for all types of cancer. As the voice of Canadians who care about cancer, we work with governments to establish health policies to prevent cancer and better support people living with the disease. No other organization is doing all we do to improve the lives of today and change the future of cancer forever.