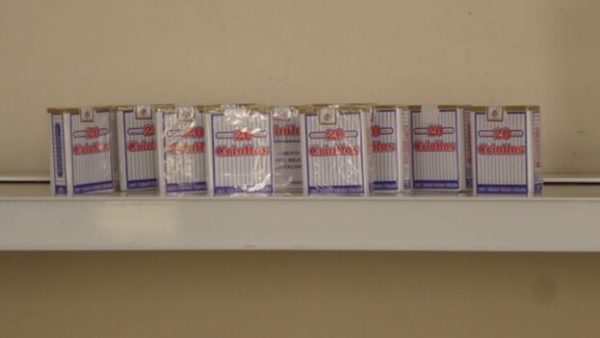 Tabacuba explains why there is a shortage of cigarettes in Cuba

and this is not the American embargo

In Cuba, “more than 40 million packs are consumed per month, including 400,000 Criollos in the capital alone. (Ahora)

HAVANA TIMES – Cigarettes became one of the first things whose rarity is not officially attributed to “containment”. In statements to Radio Rebelde, the directors of Tabacuba explained that the delays in the arrival of supplies in Cuba “were not all due to the restrictive measures imposed by the American blockade”.

José Liván Font Bravo and Raúl Hernández Ferrer, respectively senior vice-president and director of industry of the state-owned company, told the official press that the pandemic and the “unforeseen blackouts” at factories such as Lázaro Peña in Holguín, which accounts for 60% of production, caused product shortages.

The explanation comes after it was learned on Tuesday that the factory, which markets Criollos cigarettes in Holguín, had barely delivered 33% of what was expected for the month of September.

The cigarette shortage dates back several months already and forced the rationing of the product in Havana last June, which is now explained, with statements from officials, which reveal that “a large part of its staff fell ill COVID, “which kept the plant at half production levels from July through September, with deliveries below 50% of plan.

Tabacuba executives maintain production at the end of September was 81% and added that throughout the year there were other issues, such as lack of wrapping paper, labels and parts for factories as a result of lack of cash.

In addition, the Ranchuelo plant in Villa Clara has been shut down twice this year, for a total of 24 days, due to equipment failures. Juan D. Matas Reyes, in Trinidad, was also in this situation. Both, as well as Segundo Quincosa, in Havana, are returning to their old production levels, so managers say they will gradually return to normal production.

In any case, tobacco will not be available normally until the first quarter of next year, provided that the forecasts are respected, since to date it has not started to have “a certain level of funding “.

This money is intended to pay for the resources to guarantee the production of cigarettes and, in addition, according to Tabacuba, the raw material is assured, since there is sufficient raw tobacco available.

“If from now on the daily production stabilizes in the four factories of the country above 1,400,000 packs of cigarettes, in the retail network a better presence of this line will begin to be seen gradually, but not yet enough”, they declared.

A very small-scale “black market vendor” offers a few packs of cigarettes, toothpaste and other items.

Cuban smokers will have to continue to queue and pay the high prices on the black market where, in recent days, the packs already exceed 120 pesos.

Hernández Ferrer said in the interview that more than 40 million packets are consumed per month in Cuba, and in the capital alone the figure is around 400,000 Criollos which he says are preferred by many consumers.

On the streets, however, these cigarettes are notorious for chest breaking and smokers remember that they have always been of poor quality. “They were badly glued, stained, but they were a solution for those of us who worked in the public sector and made a little over 310 pesos,” a Habanero told this newspaper this week.

However, the shortage is overwhelming and these slandered cigarettes have now become an object of desire for many Cubans, due to the inaccessible price of other premium brands.

Book review: “A Carnival of Snackery”, by David Sedaris