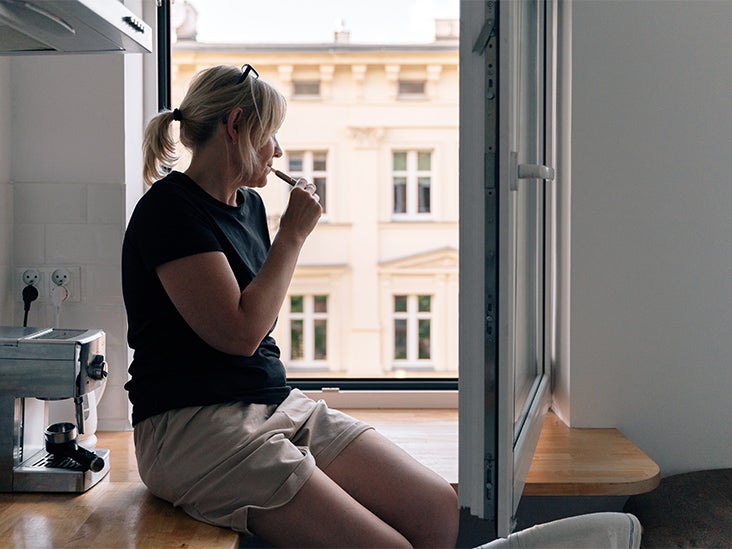 Smoking and vaping have similar effects on heart health

Two studies published today – one in humans, the other in rats – show similar cardiovascular effects of cigarettes and e-cigarettes.

The results also indicate that smoking and vaping together produce even more serious heart health problems.

The researchers reported that the effects on blood vessel function are likely caused by respiratory tract irritation from inhaling a foreign substance, rather than specific components of cigarette smoke or e-cigarette vapor. .

The studies were published in the peer-reviewed journal of the American Heart Association .

“The goal of this project was to determine why an increasing number of inhaled tobacco products, including combustible cigarettes, heated tobacco products, and e-cigarettes, all impair endothelial function despite fundamental differences between these products,” said Matthew L. SpringerPhD, principal investigator of both studies and professor of medicine in the division of cardiology at the University of California, San Francisco, in a .

“Thousands of chemicals have been identified in tobacco smoke, some of which are also present in e-cigarette aerosols, either as the original ingredient or as a chemical reaction product of the heating process” , said Dr. Springer. “We sought to find which specific component of e-cigarette smoke or vapor may be responsible for interfering with the ability of blood vessels to function effectively.”

Cigarettes and e-cigarettes cause endothelial dysfunction, the inability of large blood vessels to open wide enough to supply enough blood to the heart and other tissues. This condition may be an early predictor of cardiovascular disease.

The Springer Team that the impairment of endothelial function by cigarette smoke is not caused by a specific constituent of the smoke but by the vagal entry of the airways.

Menthol is added to many tobacco products and can decrease the irritation caused by smoking and can play a major role in facilitating nicotine addiction.

Springer said that shouldn’t suggest that menthol is a beneficial additive in smoking and vaping products, because tampering was still significant and menthol has other harmful effects.

“This study confirms, once again, what we doctors have known for years: that smoking cigarettes is harmful to the lungs and heart,” Dr. Robert Goldberg, a pulmonologist at Providence Mission Hospital in Southern California, told Healthline. “While vaping was initially considered a safer option to help people quit smoking, the ingredients in aerosols have not been evaluated by the United States Food and Drug Administration.

“And, e-cigarette liquid, when heated, is a powerful vasoconstrictor or blood pressure-raising drug and delivers nicotine extremely quickly to your body. This creates a serious health risk to your lungs and heart,” he added.

Goldberg said the original thinking was that vaping was safer because someone wasn’t breathing in harmful smoke.

“But we don’t know the exact chemical makeup of the vaping liquid,” he explained. “What we do know is that other ingredients and chemical compounds present in the liquid pose their own health risks. We are only beginning to understand the toxic side effects that breathing e-cigarette vapors can have on our lungs and our heart.

The rats were also exposed to two main gases found in smoke and aerosols, as well as clean carbon nanoparticles, to assess effects on blood vessel dilation.

“We were surprised to find that it is not a specific inhaled foreign body that causes adverse cardiovascular effects. It’s the fact that some kind of irritant is inhaled in the first place, whatever it was,” Springer said. “All inhalants are likely to have similar adverse effects on vascular function.”

This could mean there is less difference in danger between vaping and smoking, Patricia FolanRN, director of the clinical program at the Northwell Health Center for Tobacco Control, told Healthline.

“Many adults have been documented to use both combustible cigarettes and e-cigarettes,” she said. “According to the study, it poses an even greater health risk than using either alone.”

“This information is important to share with the public who may feel they are helping themselves by reducing their consumption of regular cigarettes and replacing a vaping product while using both at the same time,” Folan said.

dr. Thomas Yadegar, a pulmonologist and ICU medical director at Providence Cedars-Sinai Tarzana Medical Center in California, told Healthline that “any type of inhaled agent, regardless of origin, has an effect on the blood vessels in the airways. . This is the fundamental premise of the administration of inhaled medications.

“While inhalers and nebulizers seek to expand the airways via blood vessels, inhaling smoke, fumes, dust, or other environmental triggers can trigger a cascade of inflammation,” Yadegar said.

The second study found that prolonged vaping and smoking both cause changes in the blood that affect endothelial function, albeit in different ways.

“It is important that regulators, clinicians and the public realize that vaping is not safe,” he added. “Smoking and vaping may have similar harmful cardiovascular effects, but each condition causes potentially harmful effects that the other does not. These differences indicate that the use of two products, i.e. smoking cigarettes fuels and also using e-cigarette products, may actually be worse for vascular health than smoking or vaping alone.

Doctors say that, whatever your interpretation of the studies, quitting smoking and vaping are the best ways to manage the danger.

We know that the evidence-based way to quit smoking is through offering “quitting coach” advice combined with nicotine replacement therapy (eg patch, gum, lozenge, etc.) sold at your local pharmacies in free sale. Mary Martinasekrespiratory therapist and associate professor of public health at the University of Tampa in Florida, Healthline told Healthline.

“This method is the only evidence-based approach to quitting smoking,” Martinasek said. “Smokefree.gov detail this information. Many states, like Florida, offer these products for free and free “quitting coach” advice.“

“If it’s for a teenager, the American Academy of Pediatrics advised doctors to prescribe nicotine replacement therapies to people under the age of 18,” she added.