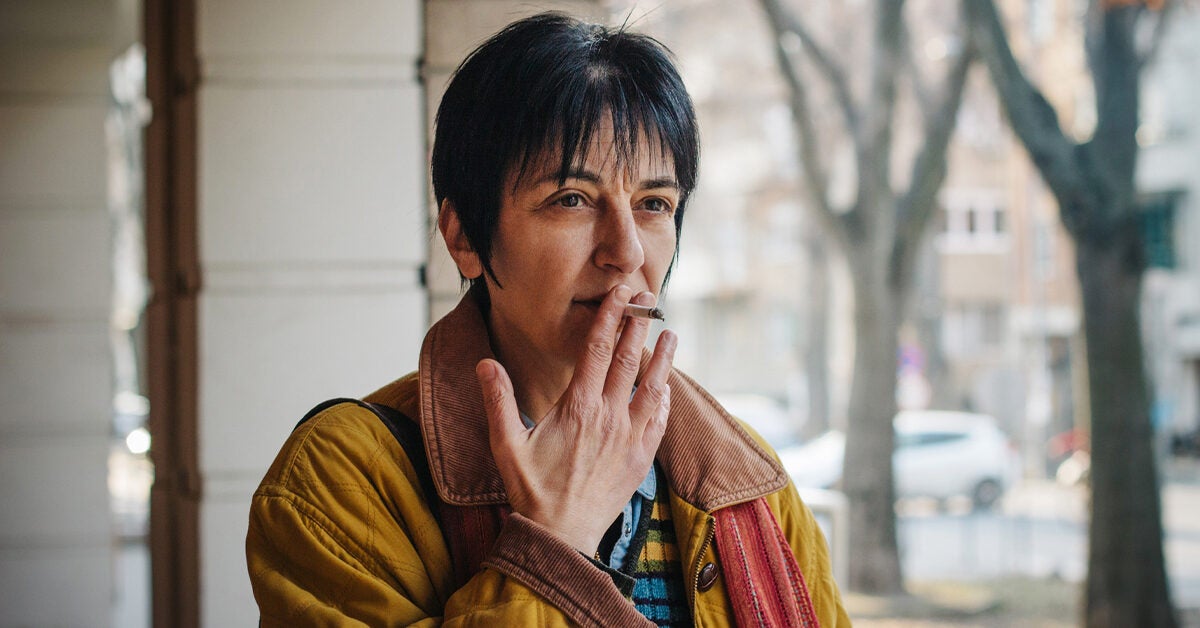 Smoking and non-small cell lung cancer: what is the connection?

According to the Centers for Disease Control and Prevention (CDC), tobacco smoke contains more than , many of which are poisons. At least 70 of them are known to cause cancer in humans or animals.

You can reduce your risk of NSCLC if you quit smoking, but your risk will still be higher than if you had never smoked. If you have already been diagnosed with NSCLC in its early stages, quitting smoking can help delay the progression of your cancer.

Cigarettes and other tobacco products directly expose the lungs to at least 70 harmful chemicals. These chemicals can inside your cells, especially in your lungs, where you inhale them.

Although our body can sometimes protect itself from this damage, it becomes more difficult to manage over time. Eventually, the damaged cells begin to grow rapidly and form a mass called a tumor or lesion.

According to the CDC, exposure to smoke causes of lung cancer each year in non-smokers.

A found that people exposed to second-hand smoke before age 25 had a higher risk of lung cancer than those first exposed after age 25.

Yes, quitting smoking will improve your outlook for non-small cell lung cancer. It’s never too late to quit. Even if you quit after smoking for a long time, there are still health benefits.

show that current smokers at the time of NSCLC diagnosis have lower survival rates than former smokers, people who have recently quit, and those who have never smoked.

The outlook for NSCLC is better when the cancer is found before it has spread outside your lungs (localized). Almost of people with early-stage localized NSCLC survive at least 5 years. The 5-year survival rate for overall NSCLC is .

It is important to understand that this is only an estimate. Some people with lung cancer survive much longer than 5 years. Additionally, advances in treatments, including targeted therapies and immunotherapies, will continue to improve these rates.

If you smoke, recent research has shown that quitting smoking has been shown to cut your risk of lung cancer by half after 10 years compared to if you continued to smoke.

The best way to reduce your risk of NSCLC is to avoid smoking and secondhand smoking. Quitting isn’t easy, but there are resources available, such as:

To avoid second-hand smoke, don’t allow people to smoke in your home or car, and ask smokers not to smoke around you. If you can, try to dine in restaurants and live in accommodation with a smoke-free policy.

After smoking, , a natural gas, is the second leading cause of lung cancer in the United States. It is important to note, however, that the risk of lung cancer from radon exposure is higher in smokers than in non-smokers. You can learn how to test your home for radon and reduce the radon level if it is too high.

Smoking tobacco products like cigarettes is the main risk factor for non-small cell lung cancer, the most common type of lung cancer. Smoking can also cause cancer almost anywhere in the body, including the throat, esophagus, stomach, voice box (larynx), kidneys, liver and pancreas.

If you need help or advice to quit smoking, or are concerned about your risk of NSCLC, talk to your doctor.

Race towards a smoke-free world