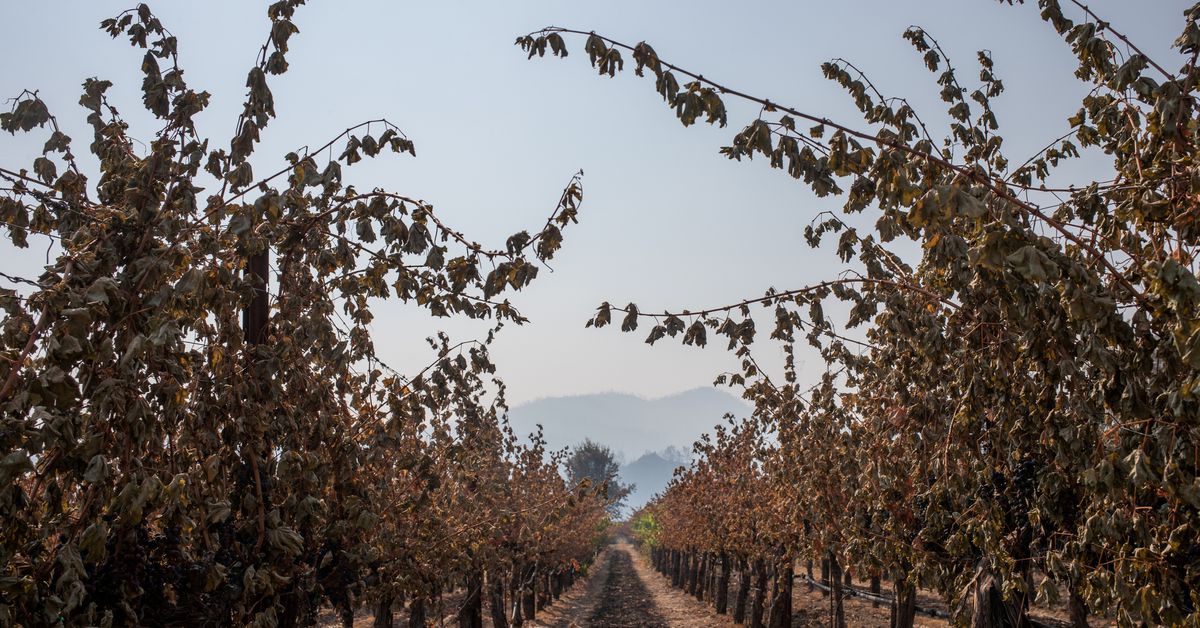 NAPA, Calif., Dec. 3 (Reuters) – As wildfires blanketed the California wine sky in 2020 with smoke, Nicolas Quille feared the worst for his grapes.

He remembered how the smoke gave his wine an “ashtray” aroma after the 2017 fires, so he rushed to harvest his Merlot and Malbec grapes at Pine Ridge Vineyards in County. Napa.

But it was too late and the grapes had already been damaged by the taste of the smoke, which can alter the chemistry of the fruit and ultimately its taste.

“It was a bad decision. It wasn’t that good,” said Quille, director of winemaking and operations for Crimson Wine Group (CWGL.PK), owner of Pine Ridge Vineyards.

But rather than dump the wine down the drain, the group teamed up with Hangar 1 Vodka, which turned wine made from smoked grapes into vodka.

General view of a vineyard damaged by the fire at the LNU Lightning Complex, in Napa, California, United States, August 23, 2020. REUTERS / Adrees Latif

A few conversations led to samples being sent to the Alameda Distillery, where they produced a vodka that the distillery’s sales and marketing manager, Emily Webster, describes as “a beautiful vodka that’s very easy to sip.” .

Smoke Point Vodka was the result. All proceeds from sales are donated to the California Fire Foundation.

“The texture is very pleasant. It’s smooth. You almost get the taste of barbecue from afar, you know someone is using charcoal, ”said Michael Kudra, senior bartender at Quince in San Francisco, who tasted the vodka at Reuters’ request.

Quille said they suffered financial harm with the lost product, but admits that the vodka option could be a way to salvage the smoke-stained grapes during the fire seasons to come.

Scientists said the increasing frequency and intensity of forest fires is largely due to prolonged drought and increased episodes of excessive heat due to climate change. Read more

“If things turn out badly and these fires get more violent and more frequent, that is definitely an option that needs to be on the table,” he said.

PCORI Board of Directors approves $ 49.5 million to fund ne