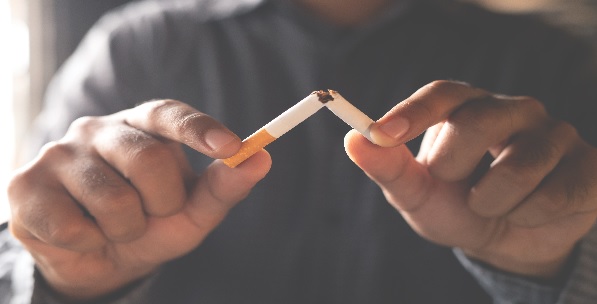 A new APPG report on smoking and health that offers recommendations on how to achieve a smoke-free England by 2030 has set ‘achievable’ goals for reaching this milestone.

Quitting smoking is the best thing you can do for your heart, with over 20,000 heart and circulatory disease deaths in the UK attributable to smoking each year.

According to the APPG, smoking not only kills people prematurely, it can also lead to poverty and increase the number of years of poor health.

The latest data from the Office for National Statistics from 2019 show that in the UK, around one in four people (23.4%) in routine and manual occupations smoked, around 2.5 times more than those in jobs. managerial and professional positions (9.3%).

The prevalence of smoking in Blackpool, a very deprived area, was 23.4%, compared to 8% in Richmond on Thames, which is in the least deprived decile.

The multi-stakeholder group of MPs and peers say the time has come for the government to commit to the actions needed to secure its vision of a smoke-free England 2030 (i.e. a smoking rate of 5 % or less).

As the UK no longer complies with EU regulations, the report urges the government to seize the opportunity offered by Brexit to take its place on the world stage as a world leader in tobacco control.

The report’s recommendations include:

– The creation of a Smoke-Free Fund 2030, which would oblige tobacco manufacturers to pay a â€œpolluter paysâ€ tax. Funds raised would be used for tobacco regulation, including behavior change campaigns, retailer compliance work, and policy development, implementation and evaluation.

– Targeted investment to provide additional support to help smokers quit smoking in regions and communities where smoking is the most damaging – this includes people in routine and manual jobs and the unemployed; those who live in social housing; those with a mental health problem; and pregnant smokers. This will be key to increasing government ambitions and vital to reducing the stubborn inequalities that exist in smoking rates.

– Stricter tobacco regulations to prevent children and young people from becoming smokers and to help smokers quit, for example by putting health warnings on cigarettes and raising the selling age to 21 .

The report points out that more than 76 percent of the public support the government’s smoke-free 2030 ambition.

Dr Charmaine Griffiths, our Executive Director, said: â€œRecent progress in reducing smoking rates must not lead to complacency to stop the devastation it is causing to millions of families across the country.

“Smoking remains one of the leading causes of death from heart and circulatory disease in the UK and it is an addiction that disproportionately affects the poorest and most vulnerable in our society.

â€œAs stated in the APPG report, making England a smoke-free country by 2030 is achievable and we have made great strides. But going further will require bold actions such as putting health warnings on individual cigarettes, ensuring that big tobacco takes responsibility for damage caused by their products, and providing adequate funding for smoking cessation services that save lives.

What smoking does to your heart