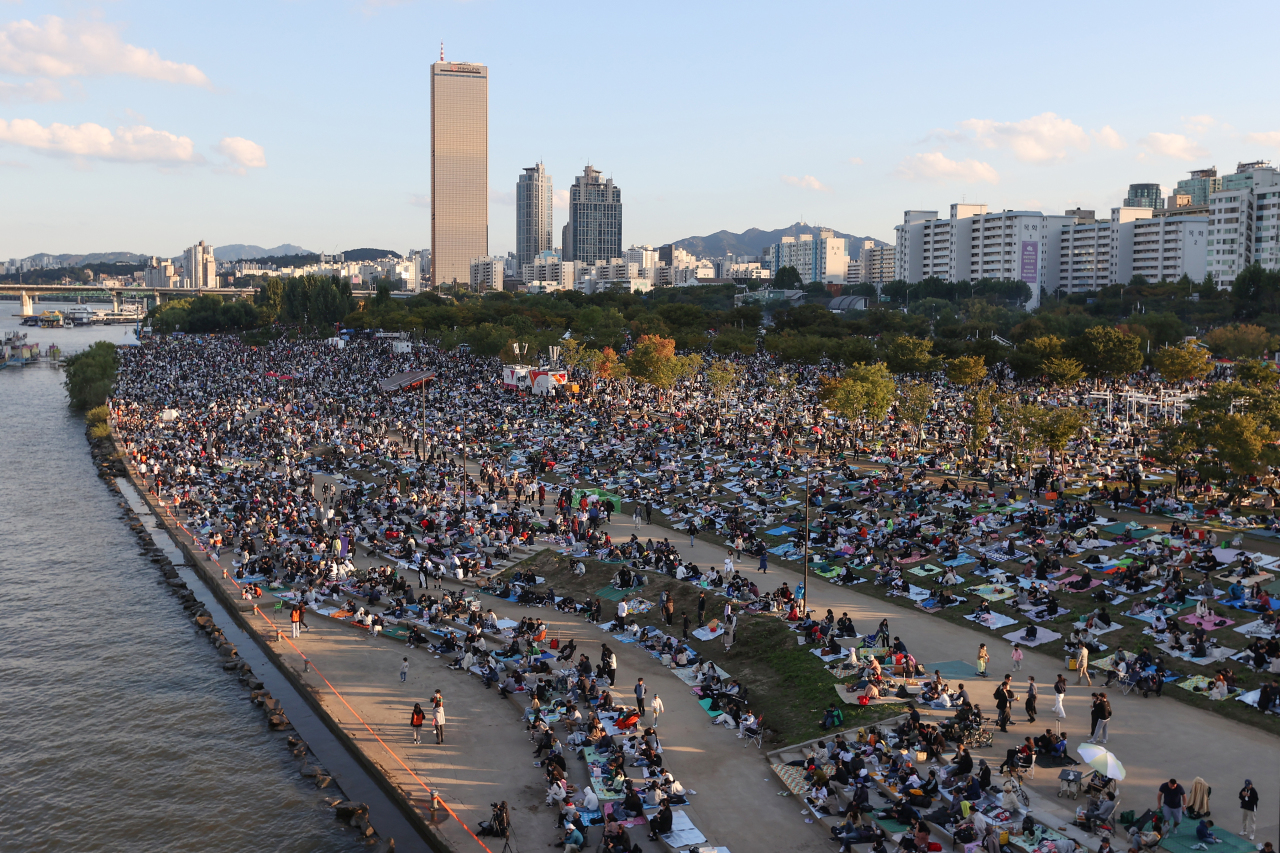 By Robert Rodas On Oct 23, 2022
Share
Seoul is considering imposing drinking and smoking bans in Han River parks, the city government announced on Sunday. But the plan could fail if a backlash ensues.

Last year, the city government also tried to impose a drinking ban in riverside parks, but the local government also made no progress, even after a year-long discussion.

The Seoul city government said it would conduct further investigations and gather opinions to see if a social consensus could be reached, before deciding whether it would actually impose the bans.

To combat smoking, a total of 11 designated smoking areas would first be set up in Han River parks, a move taken by the city of Seoul following complaints from tobacco advocates.

According to a survey conducted by the Seoul city government this year, 9 out of 10 people support a smoking ban in Han River parks.

However, enforcing the smoking ban in the parks would still take time, said the office responsible for managing riverside parks. The office, under the city government, said it would approach the issue more carefully than it did seven years ago so that its plan does not backfire and end. not by failure.

Efforts by the Seoul city government to make Han River parks alcohol-free may face strong opposition as no public consensus has formed on the issue.

Seoul’s attempt to ban outdoor drinking in riverside parks was first raised last year, after mounting calls followed the death of a university student who drank near the Han River last April.

Since then, little progress has been made to ban outdoor drinking in the region.

The Seoul city government said there are legal grounds to impose a ban on outdoor drinking in riverside parks – a favorite pastime of many in Seoul – but would have to go through a series consultations before taking a last call.

In June last year, the National Health Promotion Act was revised to allow the drinking ban to be enacted. Prior to this, riverside parks were classified as green space under river management laws, which prevented the government from imposing such bans as it can in other city parks.

Currently, the existing ordinance restricts and penalizes only drinkers who cause trouble in areas of the park.

Vaping is not a healthy alternative