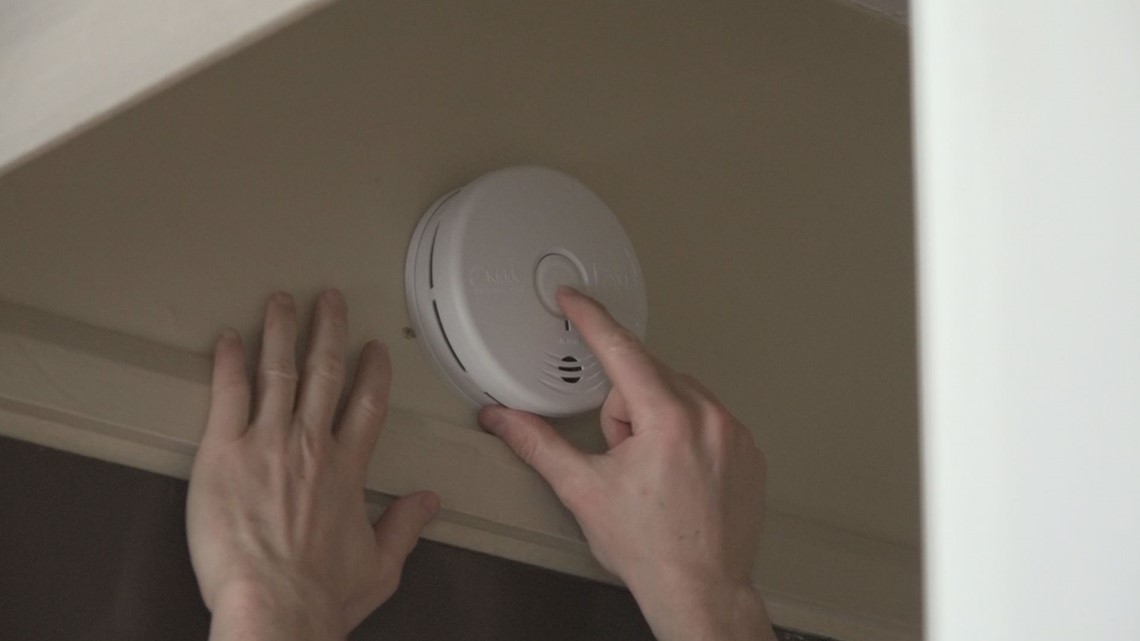 The American Red Cross’ “Sound the Alarm” initiative aims to install 50,000 smoke alarms in more than 50 at-risk communities in the United States.

PENOBSCOT COUNTY, Maine — Editor’s note: The video attached to this story was published on April 25, 2022.

The American Red Cross is bringing back its spring initiative, “Sound the Alarm.”

This program is part of a national initiative to install 50,000 smoke alarms in more than 50 at-risk communities across the country in May.

Among the volunteers helping with the installations was Kim Meyerdierks, who saw firsthand the danger of a house fire.

“I was woken up in the middle of the night by a knock on my door and basically someone I heard running down the stairs screaming fire,” Meyerdierks said.

The multi-family house in which Meyerdierks lived caught fire almost a year ago on Charles Street in Bangor. Fortunately, all residents and pets made it out unharmed. She thanked the American Red Cross for helping her through a difficult time.

“I remember saying to the volunteer, ‘Yes, I’m going to volunteer for the Red Cross,’ and I’m finally able to,” Meyerdierks said.

Meyerdierks joined a crew on Saturday to help install the smoke detection devices.

The Red Cross has also partnered with local fire departments for this event. Peter Metcalf is Chief of the Veazie Fire Department and President of the Penobscot County Fire Chief Association.

“With modern construction, fires are burning much faster and much faster than they did 30 or 40 years ago,” Metcalf said.

“Generally, we like to see smoke detectors on every floor of the house and in every bedroom,” Metcalf said.

Bangor resident Pauline Hopkins, 91, was one of the recipients of new smoke alarms in her home. She said she had a smoke alarm in her house and it didn’t work. The volunteer team replaced that smoke detector and installed two more throughout her home.

“I live alone, so it’s good to know I have something to rely on,” Hopkins said.

Metcalf said every household should have an escape plan ready should a fire occur in their home. He said parents should discuss with their family, especially children, what to do if they hear a beep.

“If the real thing were to happen at 3 a.m., it’s an automatic reaction to know how to get up and go to that meeting place,” Metcalf said.

Crews installed 187 alarms in 58 homes serving 120 Greater Bangor residents on Saturday, according to a spokesperson for the American Red Cross.

If you would like to have smoke alarms installed in your home free of charge, you can call 1-800-464-6692, or Click here register.

She accused her ex-husband of abuse. She’s still stuck with her student loans. –Mother Jones