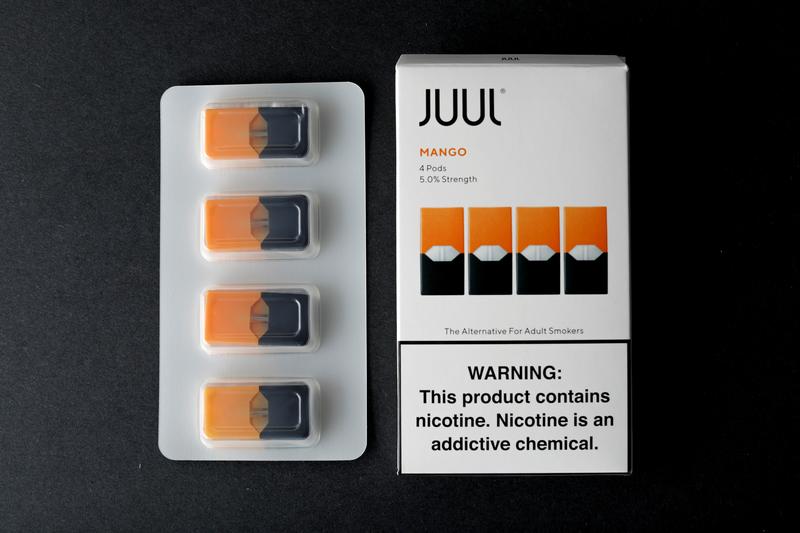 (Reuters) – An estimated 2.06 million U.S. middle and high school students use e-cigarettes with Juul and Vuse among the most popular products, according to data from a 2021 survey analyzed by health officials.

The data, published Thursday in the Centers for Disease Control and Prevention’s (CDC) Morbidity and Mortality Weekly Report, showed that the use of potentially addictive nicotine devices may have fallen by 3.6 million students. in 2020.

However, the study authors cautioned that estimates based on this year’s survey conducted primarily online cannot be compared to results from surveys conducted in previous years and collected in classrooms.

The use of electronic cigarettes in children and adolescents is a growing public health problem. Device makers have come under close scrutiny by health regulators for allegedly targeting their marketing to young people and fearing that a new generation will become addicted to nicotine.

Earlier this month, the United States Food and Drug Administration delayed its decision on whether Juul and other major manufacturers, including Vuse of British American Tobacco Plc, can sell their products in the United States because it decides whether the products have a net benefit to public health.

About 85% of young e-cigarette users reported using flavored products with fruits, candies, desserts or other sweets being the most popular, according to survey data.

Among current college and high school e-cigarette users, the most common type of device used was disposable devices, followed by pre-filled or refillable pods or cartridges and tanks or mod systems, according to the survey.

Report by Manojna Maddipatla in Bengaluru; Editing by Bill Berkrot

Most cases of lung cancer in non-smokers treatable with drugs that target mutations – Washington University School of Medicine in St. Louis