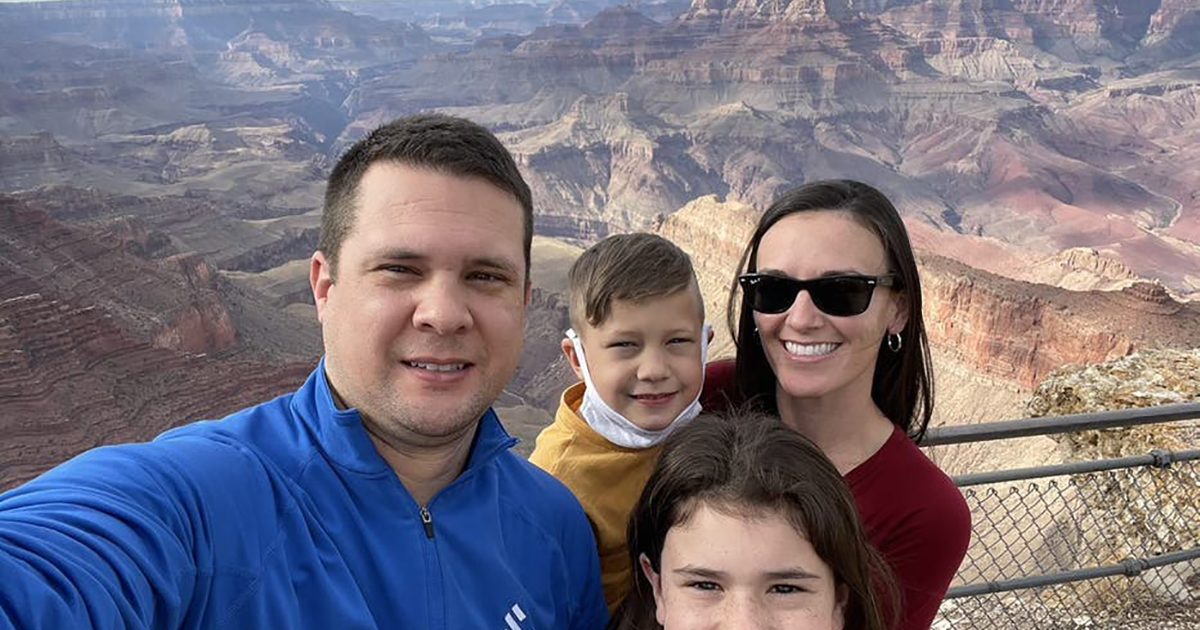 for the fourth time despite having never smoked cigarettes, highlighting the fact that non-smokers can also contract this type of cancer.

â€œI decided to go see a pulmonologist. They did an x-ray and found a spot in my left lung. And other tests revealed that it was lung cancer, â€she adds.

Stringer says it was a “total surprise” to her that she had lung cancer for a reason: she has no history of smoking.

â€œI had surgery to remove half of my left lung, then the cancer came back twice. I have been receiving radiation to treat it since then, â€Stringer said, adding that her cancer had recently returned for the fourth time.

Lung cancer in smokers vs. non-smokers

This young wife and mother now makes it her mission to educate people that they too can get lung cancer, even if they have never smoked.

â€œThere is a lot of research going on and a lot of hope for the future. And I’m going to do whatever I can to be here as long as I can, to be there and be their mother, â€she says of her children. â€œThey understand on some level, and I think they’ve accepted that and learned to appreciate some things maybe more than other kids. So it’s bittersweet.

Smoking is the leading cause of lung cancer in the United States.

According to the Centers for Disease Control, about 10 to 20% of lung cancers, or 20,000 to 40,000 lung cancers each year, occur in people who have never smoked or smoked less than 100 cigarettes in their lifetime. , people like Stringer.

The tobacco in cigarettes is a carcinogen that causes mutations in lung cells and allows cancer to grow. In fact, about 80% of lung cancer deaths are caused by smoking, according to the American Cancer Society. Despite this, there are still a handful of other environmental factors that can cause the disease.

The leading cause of lung cancer in non-smokers is exposure to radon gas, according to the US Environmental Protection Agency. It is responsible for around 21,000 lung cancer deaths each year. But because radon can’t be seen or smelled, the only way to know if it is building up in your home is to test it.

Another major cause of lung cancer in non-smokers is simply breathing second-hand smoke. This represents approximately 7,000 lung cancer deaths each year. Exposure to other harmful chemicals like asbestos can also cause lung cancer. Asbestos was commonly used for insulation, roofing, and in various paints and plastics before being banned by the EPA in 1989.

People may also be at a higher risk of developing lung cancer if they are constantly exposed to air pollution or if they have a family history of lung cancer. New research also suggests that people infected with HIV have a higher risk of developing lung cancer compared to the general population. HIV weakens the immune system and reduces the body’s ability to fight other viral infections that can cause various cancers.

There are several types of lung cancer surgeries available, and deciding which one is best for you is based largely on the location of your cancer, its size, and whether it has started to spread.

For example, a wedge resection is an option if your tumor is small and located outside the lung. During this procedure, your surgeon removes a piece of lung (wedge-shaped) and lung function is not affected.

In contrast, a lobectomy, or segmentectomy, involves the removal of a certain segment of the lung (a lobe). During a pneumonectomy, however, the entire lung is removed. (Based on Stringer’s description of her operation, it is believed she had a lobectomy.)

There are several ways to perform lung cancer surgery. The standard operation was open surgery with a large incision in the chest and then a separation of the ribs. But due to the pain after the operation and the long recovery time, doctors are increasingly using less invasive operations, including minimally invasive video-assisted thoracoscopic surgery, also known as VATS, and robotic techniques.

This can be a lot to consider, but remember that your surgeon will go over all of these options with you when planning your treatment.

Sydney Schaefer is a writer for SurvivorNet. Read more