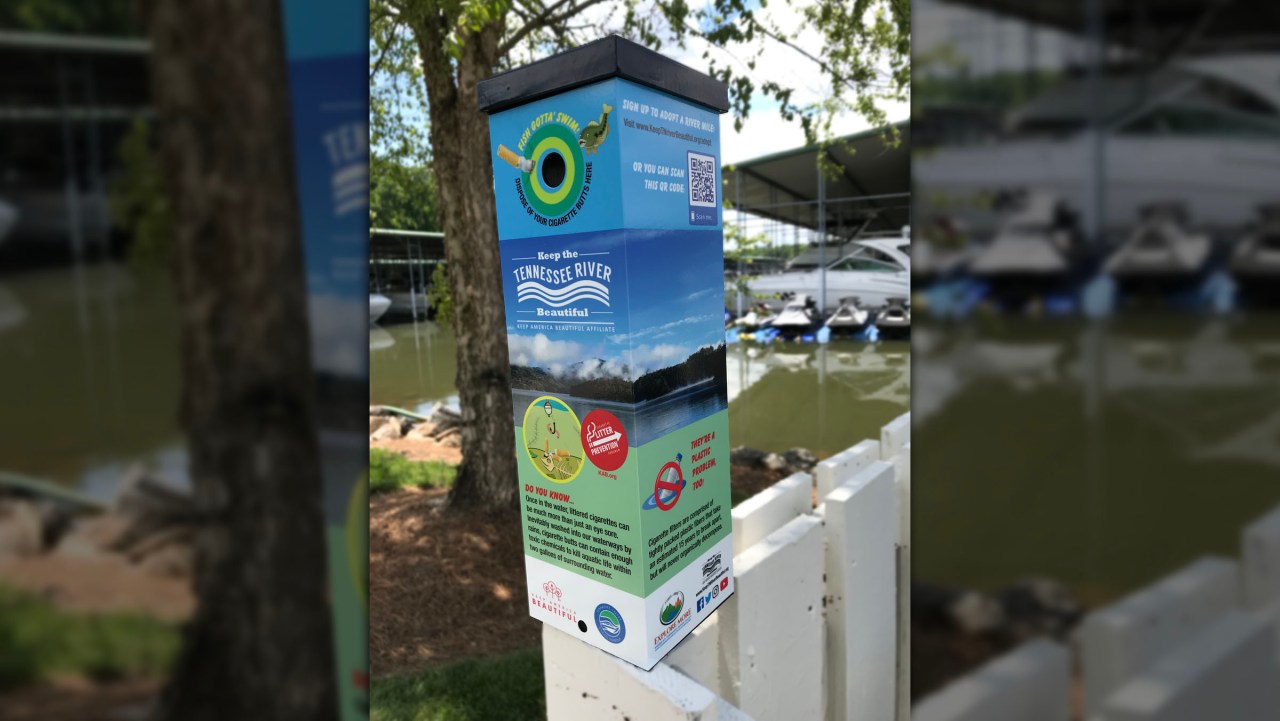 KTNRB donates 109 containers of cigarettes to state parks. Each container contains information about cigarette waste in waterways. Once collected, the butts will be shipped to TerraCycle. The company will cover the shipping costs and recycle the plastic microfibers in cigarette filters into new plastic items, such as outdoor furniture.

In February 2019, a German scientist by the name of Dr Andreas Fath wrote a study which found that the Tennessee River had the highest levels of microplastics of any river in the world studied to date.

“Having 35 Tennessee State Park facilities leading such an elaborate river stewardship effort is really going to have an impact on Tennessee’s waterways,” said Kathleen Gibi, executive director of KTNRB. “Littered cigarettes are surprisingly prolific and harmful to our waterways, so engaging state parks is an important step in protecting the Tennessee River and its tributaries for generations to come.”

When state park staff did a preliminary count of the sites of the new containers, they found 1,982 cigarette butts on the ground. They hope the containers will allow those who smoke in parks to properly dispose of their cigarettes.

Comment: Jacek Olczak – Moving towards a future without cigarettes