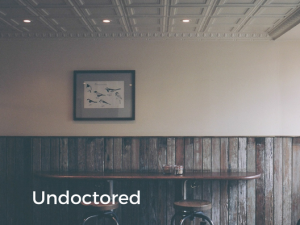 
Health programs that teach Maori knowledge about pregnancy and reinstate traditional practices could help reduce smoking during pregnancy, according to a new study.

Developed by Waikato-based KaiRua Ltd, the program was originally intended to be delivered in person to women as a group, but the lockdowns scuttled that. KaiRua adapted and had the speakers filmed, and program resources were sent by contactless mail. A closed Facebook group allowed participants to support each other. KaiRua and some of the speakers also provided discussion points and supported the women as needed.

Despite the challenges of the lockdown and remote delivery, evaluator Toumairangi Marsh said the trial proved the program to be feasible.

“The Heru and Hapū Māmā program was very attractive to pregnant Maori women who smoked and almost all of the women remained in the program until the end, which is unusual for such programs. While some women quit smoking, for others it was a bottom-up, top-down experience. The added stress of the lockdown thwarted a woman’s efforts to quit, while others said the lockdown helped because there was less socialization and exposure to other people who smoke. She said.

The author recommended that “the goal of smoking abstinence should be pragmatic, and although complete and sustained abstinence is best, vaping appears to be a popular alternative. If women cannot quit smoking completely, they should be encouraged to replace smoking with the use of a non-combustible alternative. ”

“The donation of a heru, a traditional Maori taonga (treasure), was a key part of the behavior change of the program. Wearing the heru invoked a sense of connection with the knowledge and status of the past, and strengthened moms’ focus and connection with the baby they were preparing to deliver, ”Marsh said.

The study also found that some participants encountered resistance to wearing their heru to work, indicating a need for heru education for workplaces.

“The Heru and Hapū Māmā program could help address the recent disturbing increase in Sudden and Unexpected Infant Deaths (SUDI),” Marsh said. “Smoking during pregnancy is a risk factor for SUDI and the Heru & Hapū Māmā program was very appealing to Maori women who smoked, who were still in their first and second trimester. The earlier in pregnancy we can get help to quit pregnant women, the better it is at reducing this risk. ” She said.

“An added benefit of the Heru and Hapū Māmā program was that it was attractive and engaging, even when broadcast from a distance. I strongly recommend that Heru and Hapū Māmā be developed further and that this keep the possibility for women to participate face to face, at a distance or as a hybrid of the two modes, ”said Marsh.

The report was published by the Center of Research Excellence: Indigenous Sovereignty & Smoking, which funded the Heru and Hapū Māmā program feasibility testing and evaluation.