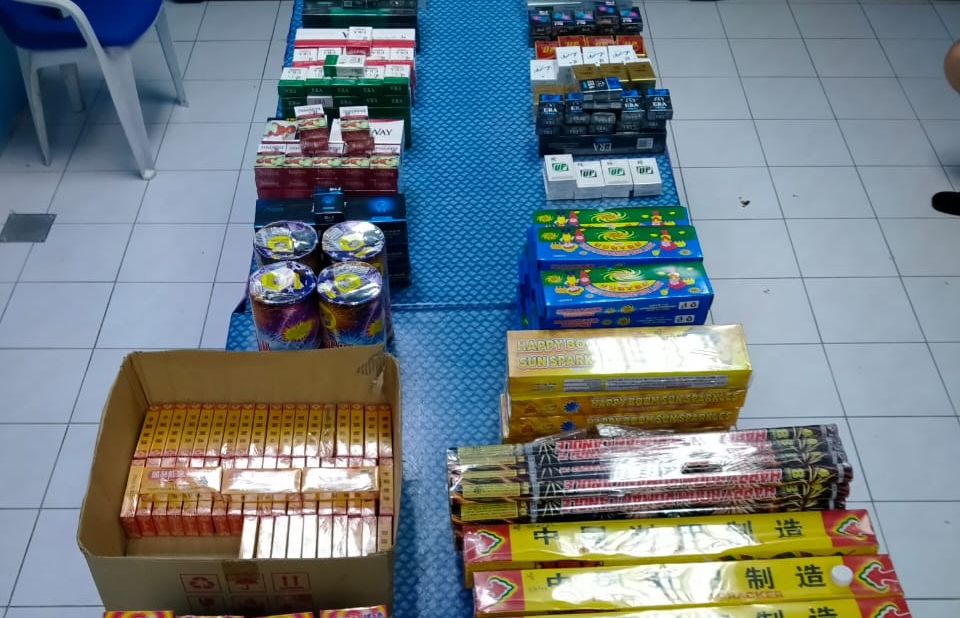 Among the objects found during the operation in a restaurant in Jalan Bau-Kuching.

KUCHING (July 26): Police arrested a 29-year-old man from Siburan for alleged possession of various types of contraband cigarettes and firecrackers at a restaurant along Jalan Bau-Kuching yesterday.

“Upon arrival at the scene, the officers introduced themselves as officers by showing their authorization card and informed the suspect of their presence at the point of sale.

‘Police then carried out an inspection and found various types of contraband cigarettes and firecrackers in the back of the restaurant,’ he said in a press release yesterday.

Poge said the suspect, who has no criminal record, was brought to Bau District Police Headquarters to help with the investigation.

“The seized items will be forwarded to the Department of Chemistry and the Royal Malaysian Customs Department for further action,” it added.

Poge said the suspect is being investigated under Section 135(1)(d) of the Customs Act 1967 which carries a maximum fine of 10 times the value of the items or RM100,000 , if convicted.

He is also being investigated under Section 8 of the Explosives Act 1957, which carries a maximum prison term of seven years or a fine of RM10,000 or both, if he is found guilty.

Cholesterol and menopause: what is the relationship?