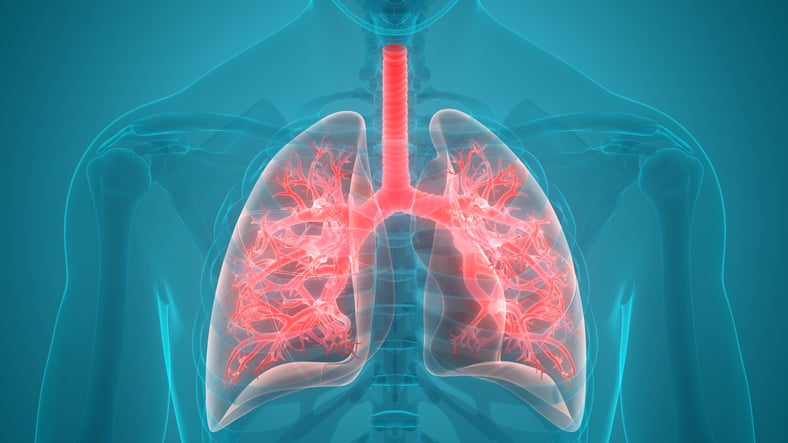 With a 5-year survival rate of about 20%, lung cancer is one of the most common and deadliest cancers. About 70% of cases have lower survival rates than localized cancers because they are discovered when the disease is regional or distant. Therefore, better patient outcomes could result from increasing the number of cases found in a specific area.

A machine learning system first found thirty-five relevant EV biomarkers to distinguish NSCLC patients from controls. The ROC showed an AUC of 0.987 (95% CI: 0.981-0.993) with a sensitivity of 97% (CI: 93% to 99%) and a specificity of 92% (CI: 90% to 94%). The researchers found identical performance across all stages examined when performance was broken down by stage, with sensitivities of 98%, 94%, 95%, and 100% for Stages I through IV, respectively. Then, after narrowing the field of potential biomarkers to 11, the researchers achieved 92% sensitivity and 92% specificity. They conducted an in silico experiment, randomly dividing the dataset into ten training and validation sets (67%/33%) to better understand performance in future independent validation. It revealed that of the 10 validation sets retained, the average AUC was 0.982 (range: 0.968-0.991), the average sensitivity was 95% (range: 85%-100%) and the average specificity was 92 % (range: 86% to 95%).

Through the use of a liquid biopsy test based on EV biomarkers, our pilot study suggests a potential method to identify lung cancer at an early stage, when treatment may be more effective. For validation of biomarkers and algorithms, our findings call for more research using different datasets. To better assess the best use in the clinical setting, planned future studies will also assess the impact of controls with confounding disorders, such as benign lung nodules.

Who gets your social security if you die tomorrow?