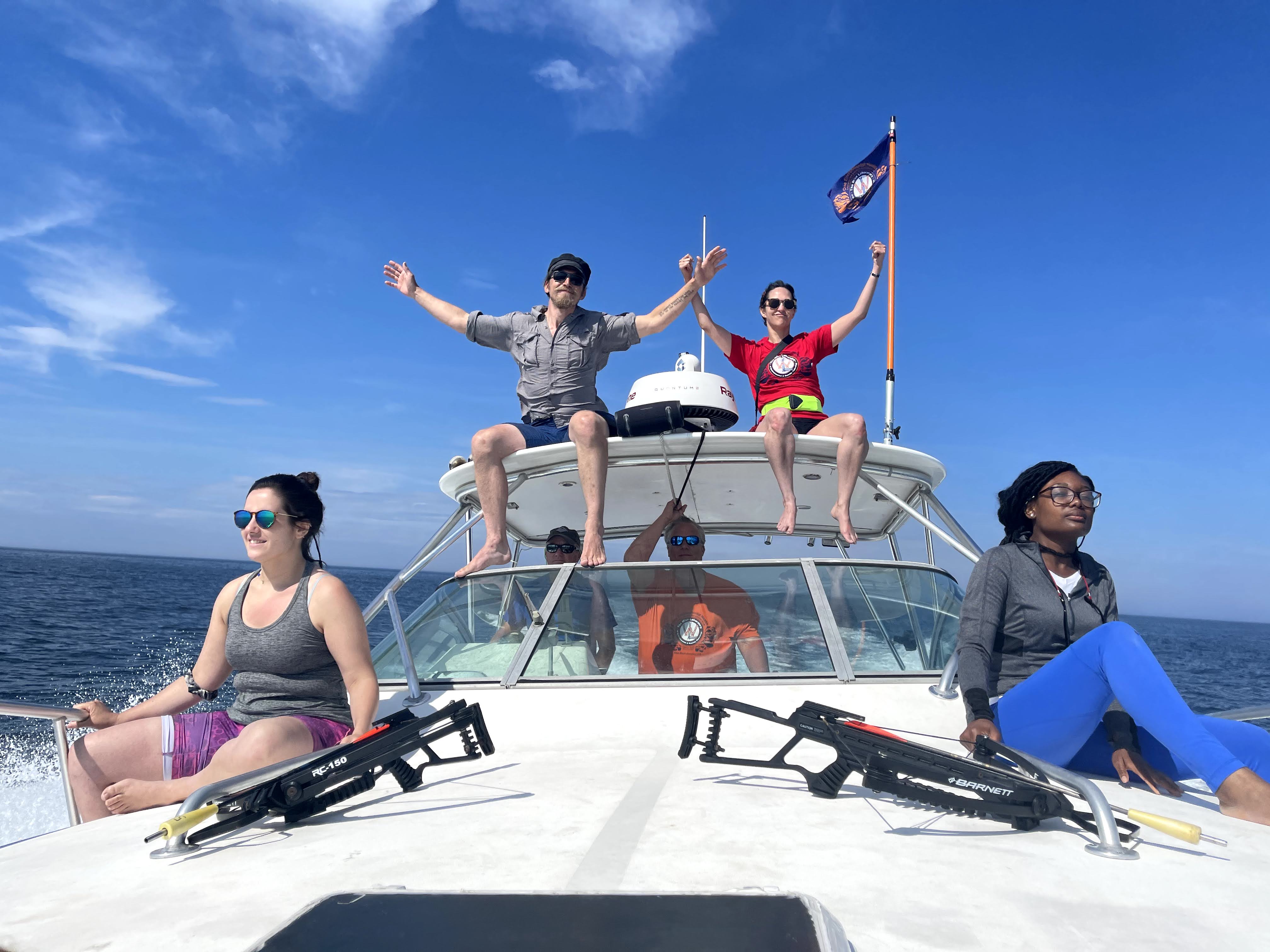 John Pierce Wise, professor in the Department of Pharmacology and Toxicology at UdeL, has been studying the link between metal exposure and cancer for almost three decades. He and his team study the cellular and molecular mechanisms of cancer and how exposure to metals affects humans and wildlife.

Wise recently received a $6.7 million grant from the National Institute of Environmental Health Sciences under the Revolutionizing Innovative, Visionary Environmental Health Research (RIVER) program to conduct research over the next eight years to to better understand how metals disrupt chromosomes and cause lung cancer, with the ultimate goal of finding ways to prevent and reverse this process. UofL News spoke to Wise about what drives him to pursue this important discovery, which has long baffled scientists.

UofL News: What inspired you to do biomedical research?

John Wise Sr.: I became interested in science from the age of 5. People would ask me what I wanted to be when I grew up and I would say I wanted to be a naturalist, which is a weird thing to say for a 5 year old. I was a very outdoorsy kid. Then I became interested in genetic engineering, which is also strange to say for a child. I have no explanation on the origin of this one.

Growing up my mother said I had two choices for my life, I could be a doctor or I could be a lawyer. It was just understood.

When I was preparing for my biology degree at George Mason University in Virginia, I had to face this decision that many undergraduate biology students face: whether to go to medical school or graduate school.

You can boil them down to two jobs: you can either be a mechanic and fix things, or you can be a detective and solve puzzles. If you like fixing things, med school is where you go. If you love solving mysteries, graduate school is where you go. I like solving puzzles, so I went to graduate school and got my doctorate in pharmacology with a specialization in research on toxicology and how metals cause cancer. After a decade in Virginia, I served on the Yale faculty for four years. Then I spent 12 years at the University of Southern Maine before coming to UofL in 2015.

UofL News: Was your mother happy with the decision to go to graduate school?

Wise: No, but she wasn’t negative either. She was very happy that I got my doctorate. My brother is a lawyer, so she went 1 for 2.

UofL News: How would you describe your research – overview?

Wise: One of our main areas of interest is lung cancer. It is the number one cancer killer. It kills almost as many people as the next three cancers combined. But lung cancer has a stigma and that’s smoking. Most people in the world believe that if you smoke you will get lung cancer and you should just quit.

But when you dig, you learn that 1 in 5 women and 1 in 12 men who have lung cancer have never smoked, so anything other than tobacco is a big problem, especially for women. And when you look at what in the environment causes lung cancer, the most prevalent group of chemicals known to cause lung cancer are metals.

Traditionally, people think of cancer as a result of minute changes in DNA sequence, but metals don’t do so well. What metals do well is change chromosomes, which means a big change in the structure of DNA.

Humans all have 46 chromosomes. Exposure to metals will change the number of chromosomes and change the structure of chromosomes, so that a piece of chromosome 1 could end up on chromosome 2. These changes are hallmarks of lung cancer, but it is poorly understood how the products chemicals cause this chromosomal instability and this is at the heart of what we do.

We are interested in large whales because they have a low rate of cancer. Why?

We thought whales might have better repair mechanisms, so we started asking that question with chrome. We found that in humans, chromium breaks DNA and inhibits the ability to repair it, leading to chromosomal instability.

In whale cells, chromium breaks down DNA, but it can’t inhibit repair, so you don’t see those changes in the chromosomes.

What’s in a whale cell that prevents loss of repair? That’s what we’re trying to figure out. If we can understand how resilient whales are, we can try to adapt that to human systems.

UofL News: Your team’s fieldwork involves taking samples of whale cells from the ocean using a crossbow from a sailboat. What motivated this work and how did you start using this method?

Wise: When I was at Yale, we were doing cancer and cell culture, so I called the Mystic Aquarium, which was an hour or two from New Haven, because there were beluga whales. Beluga whales have high cancer rates in the wild, so I asked if I could get whale tissue. I thought if I could reach whales that don’t get cancer, I should get cells from whales that have cancer for a point of comparison.

Mystic’s research director said, ‘Are you even ready to do these two whales? Why not do them all? I thought, ‘How many sea mammals can there be?’ so I said, ‘Sure, let’s do them all!’

So far, we have cultured cells from 35 species of marine mammals out of about 130 worldwide. We have 900 individual animals in culture. In fact, the University of Louisville has the world’s largest collection of marine mammal cell lines in our freezers.

The Deepwater Horizon oil spill in the Gulf of Mexico in 2010 led us to go out to sea to sample whales directly.

A group we work with, Ocean Alliance, had developed a technique to biopsy whales with a crossbow. This allows us to obtain a pen cap-sized sample of the whale’s skin and blubber without interrupting its activity. Now we go out every year and collect as many species as we can find.

UofL News: Why is your new scholarship under the RIVER program a special opportunity?

Wise: The reason this is such an exceptional grant is one, you have eight years of a lot of money. On top of that, the program requires half of your time to be spent on this research question, so you have a portion of your time that is spent working on the ideas. And because the grant funds a scientist’s vision, not a specific project, you have the freedom to change your mind and go in different directions.

It is a very prestigious honor to receive this award.

UofL News: What other research are you working on?

Wise: Whales get a lot of attention, but we also sample sea turtles and alligators. It’s the same approach, but additional species that are long-lived and exposed. They are also sentinels of climate change. As they are cold-blooded animals, they will be the first affected.

We also look at how space travel and chrome interact. We did experiments with NASA where we flew samples on the “vomit comet” [parabolic flights creating brief periods of weightlessness] and we found that altering gravity significantly increases the negative impacts of chromium. We hope to get on the space station and see if the chrome is going to cause a problem there. More and more people are going into space, so it’s a concern.

UofL News: Do you have a favorite place to contemplate the problems you are trying to solve?

Wise: My favorite place to gaze is at sea on a boat with the whales. There are times in research when we are not actively sampling for one reason or another. During this time – the best time is sunset, the whales are blowing and breathing – I always make it a point to stop the boat, turn everything off and have everyone listen and think about things with this background . It just reminds people of the importance of the work we do and how complex the world is.

You may be too focused on work. Always remember where you are because you won’t be doing this forever. Let it be special.

What is a Fixed Rate HELOC?