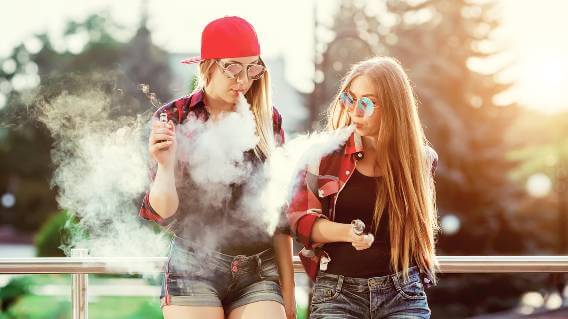 Juul Labs Inc. is suing the U.S. Food and Drug Administration over the federal agency’s refusal to release documents used in an attempt to ban Juul’s e-cigarettes.

The lawsuit filed Sept. 20 in federal court in Washington, DC came after the FDA twice denied Juul’s Freedom of Information Act requests. The law gives the public the right to request access to the records of any federal agency.

According to the company’s filing, the FDA is accused of illegally concealing the “scientific disciplinary reviews” that led to the initial e-cigarette ban on June 23, which was temporarily overturned the next day by a court order. .

The FDA has invoked “deliberative process privilege,” which allows federal agencies to withhold the release of documents that could harm internal agency deliberations.

In July, the The FDA suspended its initial ban, saying he needed more time to look into Juul’s own science issues. The agency did not say how long the review will last. The suspension allowed Juul to continue selling its e-cigarettes and related products.

“The public deserves a full picture of the scientific facts behind one of the agency’s most controversial and scrutinized decisions in recent years,” Juul said in its filing. “The agency invoked one of the most widely used exceptions – deliberative process privilege – to withhold the majority of these documents.”

Do you suffer from serious complications after using Juul or another e-cigarette?

You may be eligible for compensation.

Balancing the Benefits of E-Cigarettes Against the Risks

The FDA’s concerns relate to Juul’s original vaping device and four types of its Juulpods. FDA Commissioner Robert M. Califf said Juul played a major role in the rise of youth vaping in the USA

Juul has asked in the past whether the FDA has balanced the public health benefits of Juul vaping products, which the company says can help reduce smoking, against the risks, and “whether the FDA’s reasoning is scientifically valid”.

An FDA spokesperson said the federal agency was not discussing pending legislation and declined to comment.

This recent filing is just the latest salvo in the ongoing battle between Juul and several government agencies, which accuse the company of fueling the teen vaping problem.

Earlier this month, Juul agreed to pay at least $438.5 million to 33 states and Puerto Rico to settle claims that its highly addictive e-cigarettes were marketed directly to young adults.

The company still faces similar claims from attorneys general in nine other states and thousands of personal injuries. Juul trial. Local school districts across the country are also considering taking legal action against the company.

Juul has admitted no wrongdoing, although it also agreed earlier this year to refrain from several marketing practices deemed appealing to young adults.

Sales of Juul electronic cigarettes first exploded in 2015 when Juul launched its quirky promotions aimed at young adults. In the past two years, however, it has promoted its vaping products more as a safer alternative to cigarettes for seniors.

The company is still focused on business practices

Juul was the market leader in 2018, but also the target of several regulators and considerable criticism of its business practices. Despite mounting pressure to restrict the business, Juul posted sales of $1.9 billion in 2021.

The use of electronic cigarettes by young people in the United States has slowed in recent years, mainly because the minimum age to purchase all tobacco products was raised to 21 in 2019.

Juuls has repeatedly said it has taken substantial steps to improve its reputation, hoping to reset the FDA’s view on its products. The lawsuit was just the latest attempt to convince the FDA that Juul was heading in the right direction.

“We have taken this necessary step as we remain concerned about the unfair treatment of our applications given the political pressure placed on the agency to achieve a specific outcome,” Juul said in a statement. “This action will help us obtain information about the FDA’s review of our submissions relevant to our ongoing appeal of the agency’s decision.”