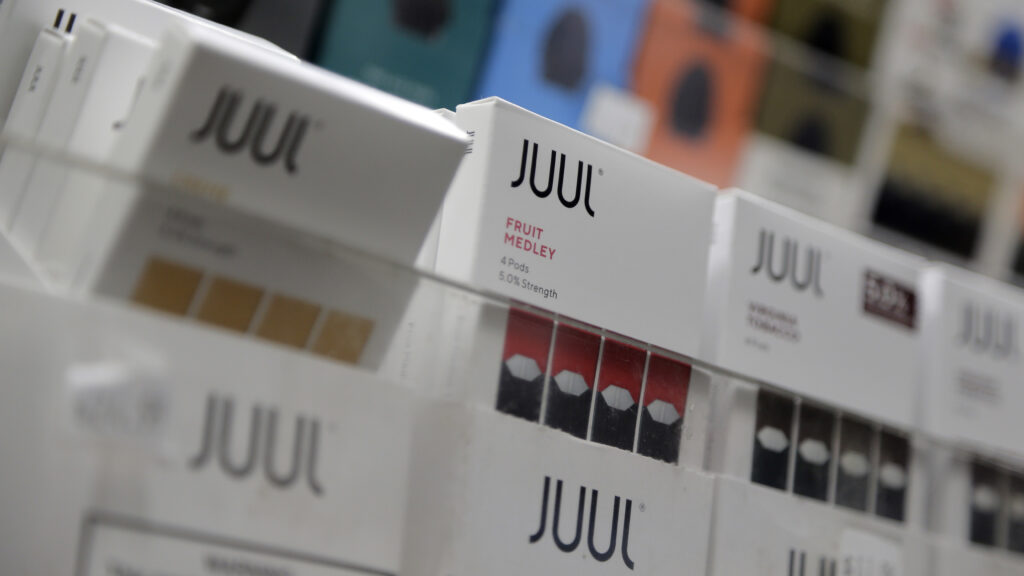 OASHINGTON — A Juul executive sharply criticized the Food and Drug Administration’s approach to regulating vaping companies at a tobacco industry conference on Thursday.

Joe Murillo, the company’s chief regulatory officer, came armed with a number of criticisms of the agency, including its alleged inability to withstand political pressure.

“The very integrity of the FDA review process is now in question,” Murillo said at the annual tobacco conference known as the World Forum on Tobacco and Nicotine.

He also lamented the FDA’s lax enforcement against companies that flout its rules. His remarks follow a STAT investigation that showed many of the products the FDA recently ordered on the market are still being sold illegally.

“Clandestine companies have flooded the market with illegally traded products,” Murillo said. “These products violate laws and regulations and pose a danger to public health. While we have seen progress, regulators need to improve and prioritize effective enforcement. »

The executive’s remarks follow two lawsuits by Juul challenging the agency’s recent failed attempt to remove its products from shelves. The company claimed the decision was driven by political pressure and that the FDA ignored a number of scientific studies the company submitted alongside its application.

His criticisms were part of a chorus of complaints to the FDA at this week’s conference. Speakers criticized nearly every aspect of the tobacco center’s work, from its alleged reluctance to work with the tobacco industry, to its attorney, who law professor Jonathan Adler on Thursday called “arbitrary” and “botched”.

Several speakers also argued that all of these regulatory battles have made it harder for people to use vaping as a tool to quit smoking.

“To be clear, this uncertainty only prolongs cigarette smoking,” Juul executive Murillo said.

Although a number of speakers at the conference have financial interests in the vaping industry, it is true that the available evidence suggests that vaping can help people quit smoking and that vaping is less harmful. than cigarettes.

Even a prominent tobacco control advocate railed against the FDA at this week’s meeting.

Dave Dobbins, the former chief operating officer of the Truth Initiative, said he fears the FDA’s “willy-nilly” regulations on e-cigarettes will ultimately lead to a judge “throwing the statue down the drain.” window”.

The new head of the FDA’s Tobacco Center, Brian King, briefly responded to the criticism during a speech at the conference on Wednesday.

“It’s very easy to criticize,” King said. “I think it’s also very easy to be a chair regulator from the luxury of a social media account. What’s a lot more complicated is making sure…that our regulations are scientifically and legally defensible, and that’s what I promise to do.

King also appeared to urge patience with the center, which was established in 2009.

“In the grand scheme of things, it’s a relatively childish center, compared to other FDA centers,” King said.

Critics of the agency were unconvinced.

“You can’t be a baby for 20 years,” said Dobbins, the former chief operating officer of Truth Initiative.

This story was supported by a grant from Bloomberg Philanthropies.