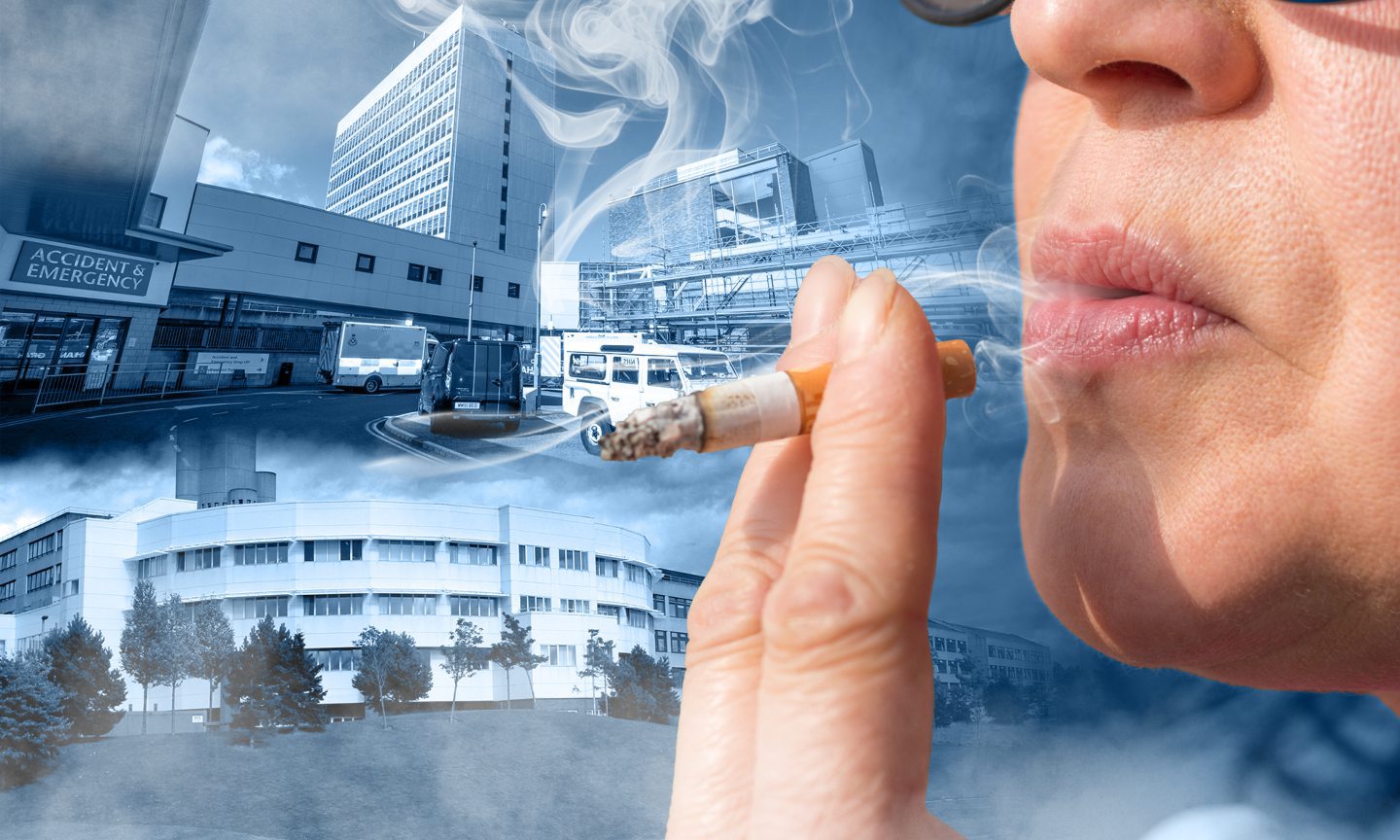 Is banning smoking in hospitals a “useless exercise?”

A new law prohibiting smoking near hospital buildings has come into force.

It is now an offense to smoke within 15 meters of all NHS hospital buildings in Scotland.

But there have already been strong opinions and questions from locals, NHS staff and a smokers’ lobby group.

What is being said and how will the new ban work?

Since 2015 there has been a smoke-free policy for hospitals across Scotland, including Tayside and Fife.

There is no change to that. But under this new legislation, you can be fined for smoking within 15 meters of any hospital building.

The new law applies to everyone, including staff, visitors and patients.

What if I get caught?

How will you know where not to smoke?

Signs, posters and flyers will be displayed. Information has been added to patient appointment letters and there will be social media posts.

NHS Fife will also use hospital TV screens to deliver the message.

And outside Ninewells Hospital in Dundee there are tannoy announcements warning that ‘NHS grounds are smoke-free’ every few minutes.

From today (September 5), smoking is prohibited within 15 meters of an NHS hospital building. Has anyone found smoking…

Charity Ash Scotland says the move will protect people from tobacco harm at hospital entrances, as well as when smoke enters windows and air vents.

On the first day of the new law, an NHS Fife staff member at Victoria Hospital in Kirkcaldy tells us people don’t seem to be obeying it.

She said, “It’s another useless exercise and it won’t work.

“I saw a man smoking near the main entrance of the hospital and no one did anything.

“He was right next to the poster!

“I don’t understand how this is going to be enforced – the staff have enough on their plate already.”

And at Dundee’s Ninewells Hospital, there were strong opinions about the new law.

Christina Townsley, 57, from Perth, said: “I think the fine is ridiculous and I wouldn’t pay it. They try to direct people’s lives.

“It’s just another example of telling ourselves what to do and trying to control our lives.

Christina continues: “I am here to take tests. There are many others like me who are nervous or stressed and want to smoke.

“I’m far from the front door and I’m outside!” I will not pay a fine.

Couple Kye, 23, and Elena, 28, both smokers, from Blairgowrie agree.

Kye says, “Elena was moved this morning after smoking outside the hospital, so we walked the way.

“The fines are right”

A non-smoker sitting in the area where others were smoking said, “I’m waiting here because my husband has just been admitted. I think the introduction of fines is right.

“It’s a hospital and the smoke may disturb others.”

John, 27, visiting Derry hospital said: “I think it’s fair enough to have fines, it’s a hospital after all. But I don’t think anyone will pay for them.

“And you have to think about people who might have had bad news or expected results, it doesn’t seem right to stop them from smoking. At my local hospital you have to cross the road away from the hospital to smoke.

“I would think twice”

She says, “No one will probably pay a fine. But it would make me think twice about vaping near the door because I can’t afford it.

“It’s unfair to patients who might be stressed or immobile, as ward staff might have to push them further or not allow them out.”

“This discriminates against patients with mobility issues who may struggle to walk the extra yards to enjoy a comforting cigarette.”

“Surely the NHS has bigger and more pressing issues to deal with than someone smoking an open cigarette outside a hospital building?

“Given that there is no evidence that outdoor smoking is a significant health risk for non-smokers, the new law is like a hammer to crack a nut.”

How is it applied?

The Scottish Government has said it wants anyone smoking in the perimeter area to be reported to a member of hospital staff.

NHS Tayside confirms that the council’s environmental health officers are responsible for this new legislation.

Dundee City Council confirms it is “liaising” with NHS Tayside over the operation.

NHS Fife says: ‘If you are caught smoking 15 meters from a hospital building and are asked to stop, please do so immediately and be courteous to anyone who reminds you of the No Tobacco Law.

“Enforcement of the regulations will be undertaken by designated officers from the Fife Council environmental health team.”