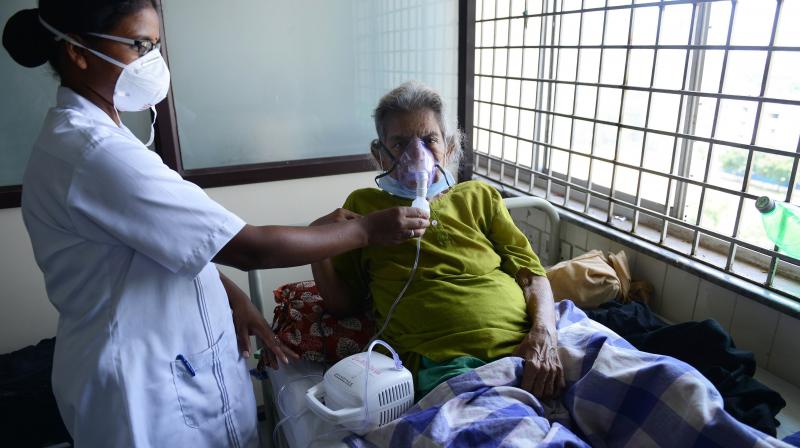 Increase in flu cases, but people are hesitant to get vaccinated

Hyderabad: While seasonal influenza infections have become common, with almost all hospitals reporting an increase in cases, the vaccine against these infections, although inexpensive and readily available, is not widely used. Doctors attribute this to a lack of public awareness as well as the fact that it has to be taken every year.

These infections are usually mild and self-limiting, often resolving without any treatment, but can become serious in high-risk groups. The flu vaccine protects against influenza A, B and H1N1 (swine flu) viruses. Although influenza A and B are both mild, H1N1 can be deadly.

Dr Aarathi Bellary, consultant physician at Amor Hospitals, said many people do not take the vaccine because, first, they are not well known and, second, most infections are self-limiting and not life-threatening. . Doctors, meanwhile, are insisting that high-risk groups, such as the elderly and children, get the vaccine.

According to Dr Aarathi, the swine flu outbreak in the country in 2009 was severe, but did not reach those levels in subsequent years. She said Amor hospitals receive suspected swine flu cases daily in the emergency department.

Dr K. Shivaraj, a consultant GP at KIMS Hospitals, said while people are generally aware of the availability of the vaccine, not everyone is aware that it needs to be taken every year. He said diabetic patients, people with lung problems, asthma patients, smokers and others may be at risk for flu cases.

“We usually advise these people to get the shot, and if it’s the monsoon and we see severe cases, we also advise others. The flu is usually self-limited, but if it progresses to a lung infection or pneumonia, it can be dangerous even for young people, according to Dr. Shivaraj.

Who is at risk?

Why are vaccines important?

Antibodies form in the body weeks after receiving a flu shot

These antibodies protect against infection with currently circulating influenza viruses

Opinion: You work hard to pay off your debts. Here’s the secret to keeping you from rolling back as the economy slows