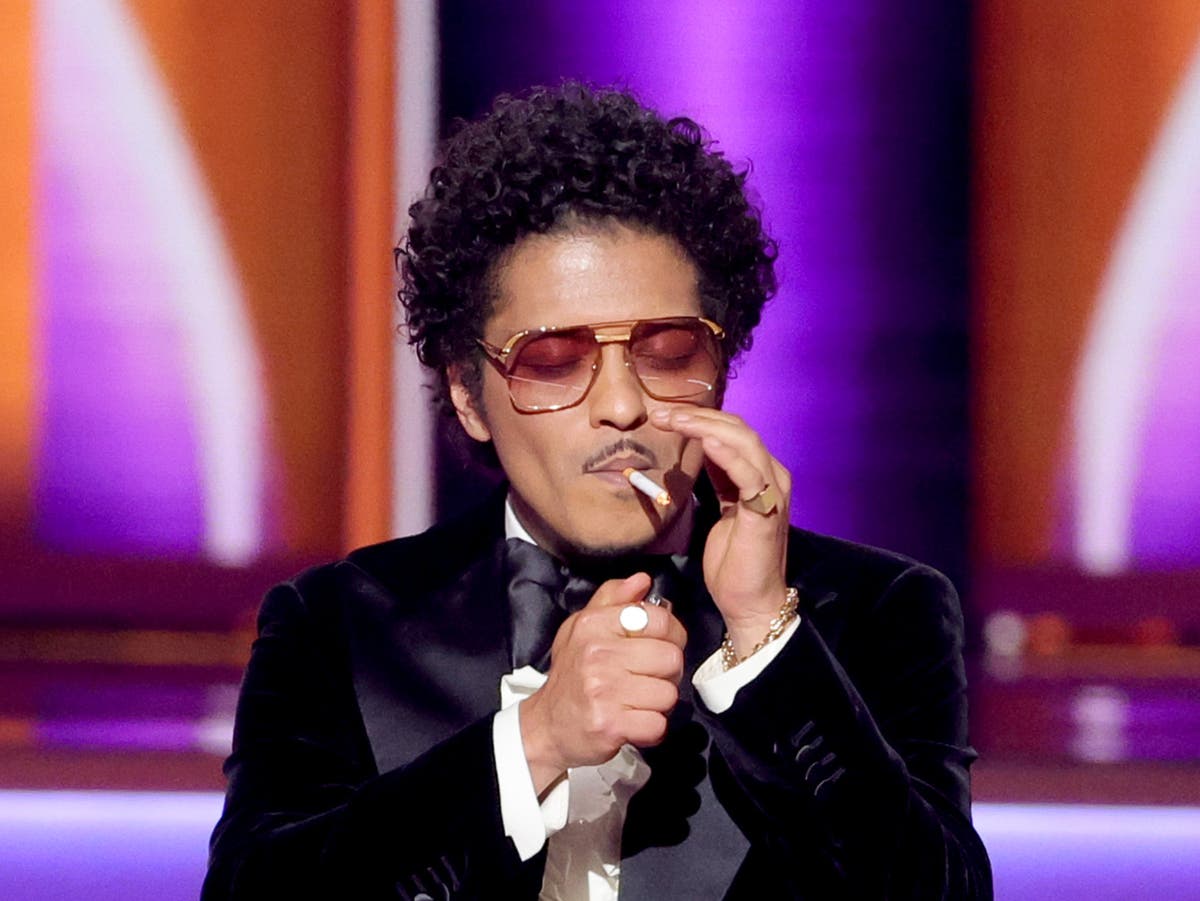 Grammys audience reacts when Bruno Mars lights a cigarette after winning an award: “Can I smoke a cigarette?”

Bruno Mars and Anderson. Paak, the duo otherwise known as Silk Sonic, won Record of the Year at the 2022 Grammys for their ballad “Leave the Door Open.”

Taking the stage, Mars was filmed lighting a cigarette as Paak accepted the award. “In the industry, we call it a full sweep,” Paak said. Silk Sonic took home every award they were nominated for at this year’s Grammys, with four gongs for “Leave the Door Open.”

People on social media were quick to react to the singer smoking on stage, which is highly unusual at an awards show.

“Lmao! Bruno Mars lit a cigarette live on the #GRAMMYs stage after winning Record of the Year. I can’t even cope,” wrote journalist Miranda J.

“Cigarettes are bad for you, but Bruno Mars, can I smoke you,” wrote Hemal Jhaveri.

Another asked: ‘Bruno Mars just lit a cigarette on stage at the Grammys accepting an award, can we talk about this for Will Smith now?’

Mars and Paak triumphed over Olivia Rodrigo’s ‘Drivers License’, Billie Eilish’s ‘Happier Than Ever’, Tony Bennett and Lady Gaga’s ‘I Get a Kick Out of You’ and six other title contenders of Record of the Year.

Mars is now tied with Paul Simon as the artist with the second most Record of the Year wins, behind mixing engineer Tom Coyne who has four.