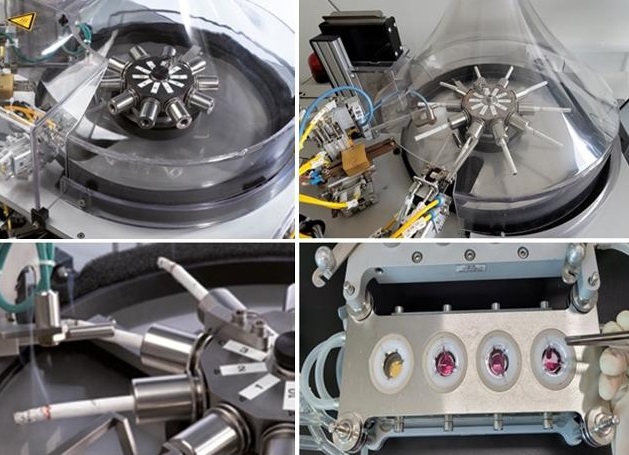 This photo provided by the Korea Agency for Disease Control and Prevention shows systems of in vitro exposure to cigarette smoke.

SEOUL, November 22 (Korea Bizwire) – The government has decided to once again raise public awareness of the health risks of smoking by creating an exclusive research institute specializing in the impact of tobacco on public health.

The Korea Disease Control and Prevention Agency (KDCA) last week opened the “National Laboratory for Research into the Harmful Effects of Smoking,” which will study harmful chemicals in tobacco products and smoke, smoking behavior and the level of exposure to substances harmful to the environment.

The laboratory will play a central role in the assessment of public health problems caused by smoking.

To analyze the adverse health effects of a real human body caused by both smoking and e-cigarette aerosols, a functional replica of a human body will be created and used in tests.

Direct and secondary smoking environments will be created and the varied inflammatory responses induced by each case will be studied in detail.

The lab will also tackle one of the most difficult tasks in smoking – explaining why it’s so hard to quit.

In this regard, researchers will look at a range of factors causing addition, including flavoring substances added to cigarettes.

“After the establishment of this laboratory, other related sectors including immunology and genetic research fields will be added to the group,” said KDCA commissioner Jeong Eun-kyeong.

“At the national level, stronger evidence on the harms of smoking will be gathered and this will contribute to the national smoke-free program. “