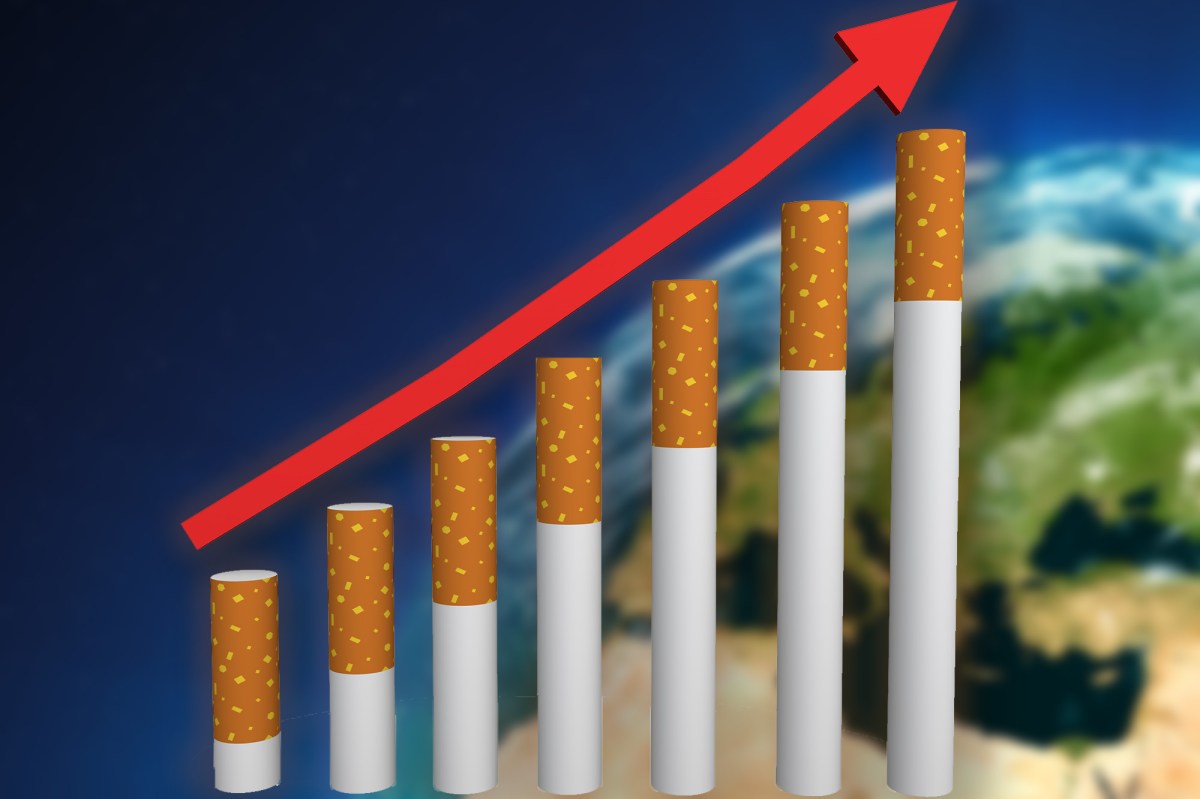 A new study suggests there was a record 1.1 billion smokers worldwide in 2019 and nearly 8 million related deaths. Researchers warn that progress against smoking prevalence has slowed over the past 10 years in many countries and that population growth is leading to an increase in the number of smokers.

“Countries have a clear and urgent opportunity to adopt strong, evidence-based policies to accelerate reductions in smoking prevalence and reap huge health benefits for their citizens,” the study authors wrote. .

The findings published in The Lancet come from data from 204 countries and territories as part of the Global Burden of Diseases 2019 study. While the World Health Organization triggered positive change in the decade following 2005 through its Framework Convention on Tobacco Control (FCTC) – recommending tools such as lowering affordability through taxation and the green light of smoke-free laws – study authors say, 15 years later, the gap remains.

The authors highlighted three notable areas of concern, including the lack of progress in countries like China and Indonesia with large populations and high prevalence of smoking, an increase in the number of smokers over time in due to population growth and slowing progress.

The researchers found that 10 countries alone account for nearly two-thirds of the world’s smokers: â€œChina, India, Indonesia, United States, Russia, Bangladesh, Japan, Turkey, Vietnam and the Philippines. In addition, 30% of all smokers in the world lived in China in 2019, according to the study.

The results suggest that most smokers acquire this harmful habit between the ages of 14 and 25, underscoring the need to prevent smoking in younger populations.

“Unlike other risk factors, such as obesity, diet, and high blood pressure, if an individual does not become a regular smoker by the age of 25, they are unlikely to become a smoker. Â», Wrote the authors.

â€œSmoking is a major risk factor that threatens the health of people around the world, but tobacco control is woefully inadequate in many countries around the world,â€ Professor Emmanuela Gakidou, senior author, Institute for Health Metrics and Evaluation (IHME) , University of Washington, said in a Press release. â€œThe high and persistent prevalence of smoking among young people in many countries, along with the expansion of new tobacco and nicotine products, highlights an urgent need to step up tobacco control. “

The most common smoking-related health problems in both sexes included ischemic heart disease, chronic obstructive pulmonary disease, tracheal, bronchial and lung cancers, and stroke, totaling some 72% of all smoking-related deaths in 2019.

“Our results are an urgent call to action for countries to implement and enforce more stringent tobacco control policies than those currently in place and serve as a model for targeting interventions, monitoring progress, allocating resources and planning. the future stress of the health care system, â€the study authors wrote. .