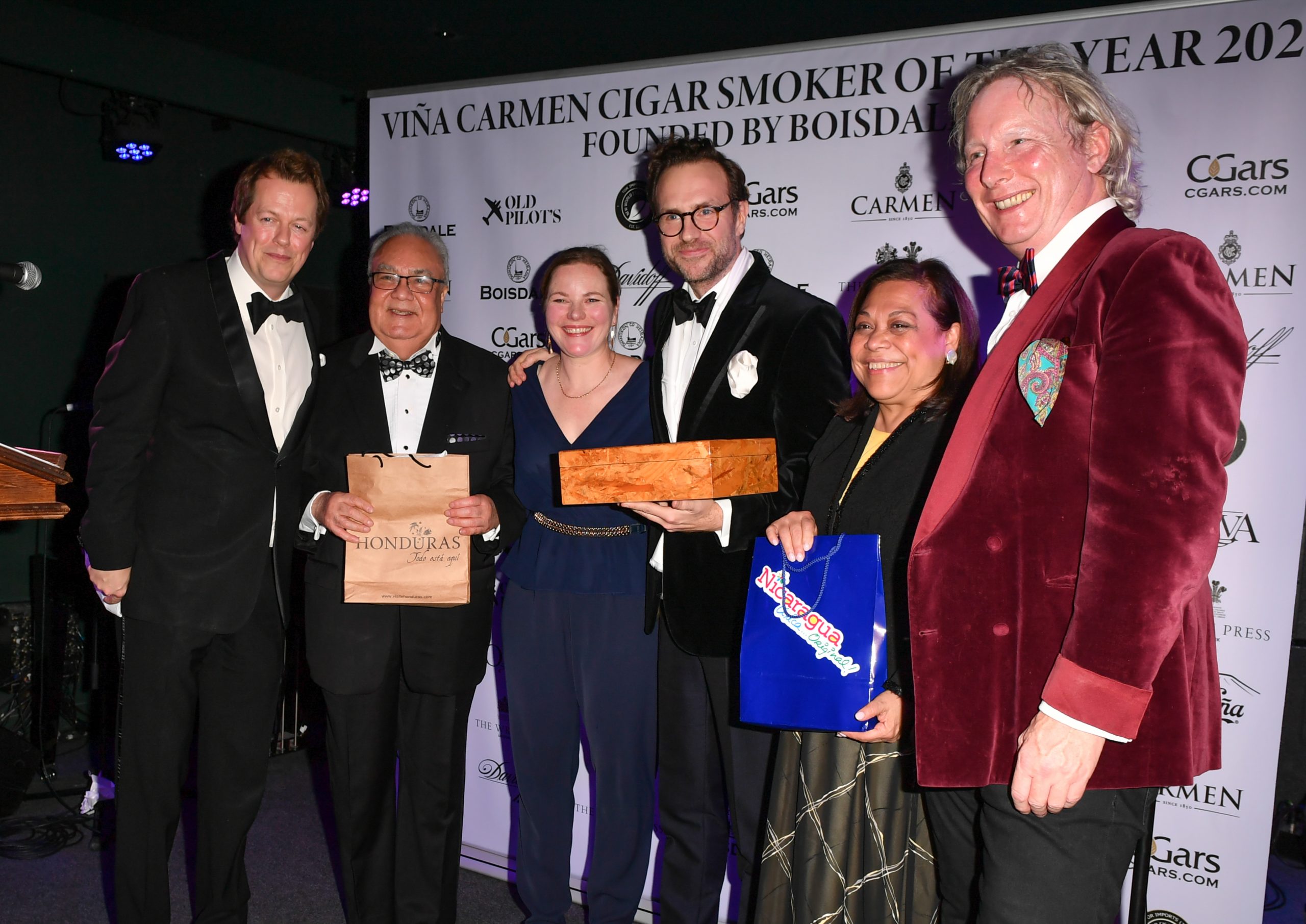 English actor Rafe Spall was named “Cigar Smoker of the Year” at an event in London earlier this month, where attendees sipped wines from Chilean ViÃ±a Carmen.

Food writer Tom Parker Bowles returned as host of the awards ceremony on December 6, held at the Canary Wharf branch in Boisdale, which has hosted the event since 2013.

Parker Bowles and Boisdale founder Ranald Macdonald jointly awarded the 2021 ViÃ±a Carmen Cigar Smoker of the Year award to Spall, who delivered a brilliant and heartfelt speech on the joys of the cigar and the wonders of the industry that makes this handmade product.

The celebration began with a cocktail on the Boisdale cigar terrace, followed by dinner accompanied by wines from ViÃ±a Carmen.

Next, the original cast members of the best-selling West End show of all time, The Definitive Rat Pack, took to the stage to play as the greatest crooners of all time.

This particular year celebrated the 200th anniversary of the independence of two great cigar-producing countries, Honduras and Nicaragua.

Keeping Allergy and Asthma Symptoms Under Control in the New Year