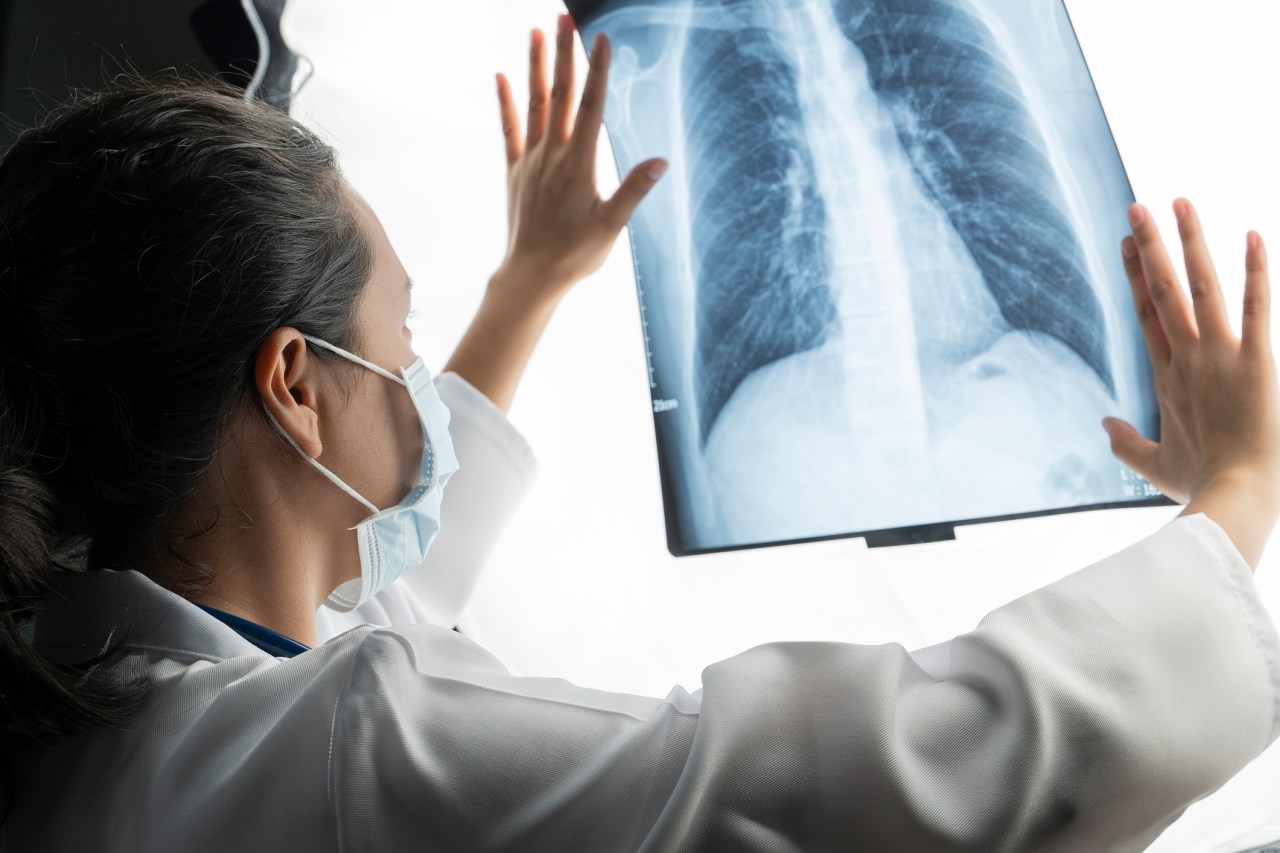 (StudyFinds.org) – Although smoking plays a key role in many cases of lung cancer, scientists say some people can still develop lung tumors without ever smoking a cigarette in their life. A new study has found that the lung cancer cases of “never smokers” are very different from the variety of diseases that smokers suffer from. What’s more, these differences have revealed a new method of treatment that can cure most cancer cases in non-smokers.

A team from the Washington University School of Medicine in St. Louis says precision drug treatments that target specific mutations in the lungs of non-smokers may have a positive impact in 78 to 92 percent of these cancer patients. The researchers note that the United States Food and Drug Administration has already approved the use of these drugs.

What makes cancer different from non-smokers?

â€œMost genomic studies of lung cancer have focused on patients with a history of smoking,â€ says senior author and professor of medicine Ramaswamy Govindan, MD, in an academic statement.

â€œAnd even studies of the disease in patients who have never smoked have not systematically looked for specific and exploitable mutations in these tumors. We have found that the vast majority of these patients have genetic alterations that doctors can treat today with drugs that are already approved for use. The patient should undergo a high-quality biopsy to ensure that there is sufficient genetic material to identify key mutations. But testing these patients is essential. There’s a good chance these patients have a workable mutation that we can look for with specific therapies. “

Overall, only 10 to 15 percent of lung cancer cases in the United States occur in people without a history of smoking. This number is around 40 percent in parts of Asia.

Your DNA reveals whether or not you smoke

The researchers looked at lung tumor samples from 160 patients with lung adenocarcinoma and no history of smoking. They compared these patients to data on smokers and non-smokers in the Cancer Genome Atlas and the Clinical Proteomic Tumor Analysis Consortium – projects that examine different types of cancer.

The team confirmed a patient’s non-smoker status by looking at trends in their mutations and comparing them to results in lung cancer patients who smoke. Govindan and his team claim that lung tumors from a smoker contain about 10 times more mutations than tumors from non-smokers.

â€œSmoking causes characteristic changes in tumor cells, so we can look for telltale signs of smoking or signs of significant exposure to second-hand smoke, for example,â€ Govindan explains. “But very few tumors from these patients showed these signs, so we were able to verify that it was indeed a sample of cancerous lung tumors from patients who had never smoked or had been heavily exposed to the tobacco smoke. “

Are non-smokers born with a higher risk of cancer?

So what is it that causes people who never smoke tobacco to end up with lung tumors? One possibility is that their genes contain factors that make them more likely to develop a tumor. However, the study found that only seven percent of people who never smoked had mutations at birth that increased their risk of cancer. Researchers say this discovery only makes the lung cancer of non-smokers even more mysterious.

â€œThere seems to be something unique about lung cancer in people who have never smoked,â€ Govindan adds. â€œWe did not find a major role for inherited mutations, and we do not see evidence of a large number of mutations, which would suggest exposure to second-hand smoke. About 60% of these tumors are found in women and 40% in men. Cancer in general is more common in men, but lung cancer in non-smokers, for unexplained reasons, is more common in women. It is possible that additional genes are involved in predispositions to cancers of this type, and we just don’t know what it is yet.

While it is still not clear what trigger nonsmokers’ tumors are, the researchers say their findings give doctors new insight into the genetic profile of the disease. It also explains why a type of immunotherapy called checkpoint inhibitors doesn’t work as well on these tumors. Only a small portion of tumors in non-smokers have immune cells or immune checkpoint molecules that these cancer drugs trigger to fight disease.

â€œThe most important finding is that we have identified exploitable mutations in the vast majority of these patients, between 80% and 90%,â€ concludes Govindan. “Our study highlights the need to obtain high quality tumor biopsies for clinical genomic testing in these patients, so that we can identify the best targeted therapies for their individual tumors.”

The study appears in the Journal of Clinical Oncology.