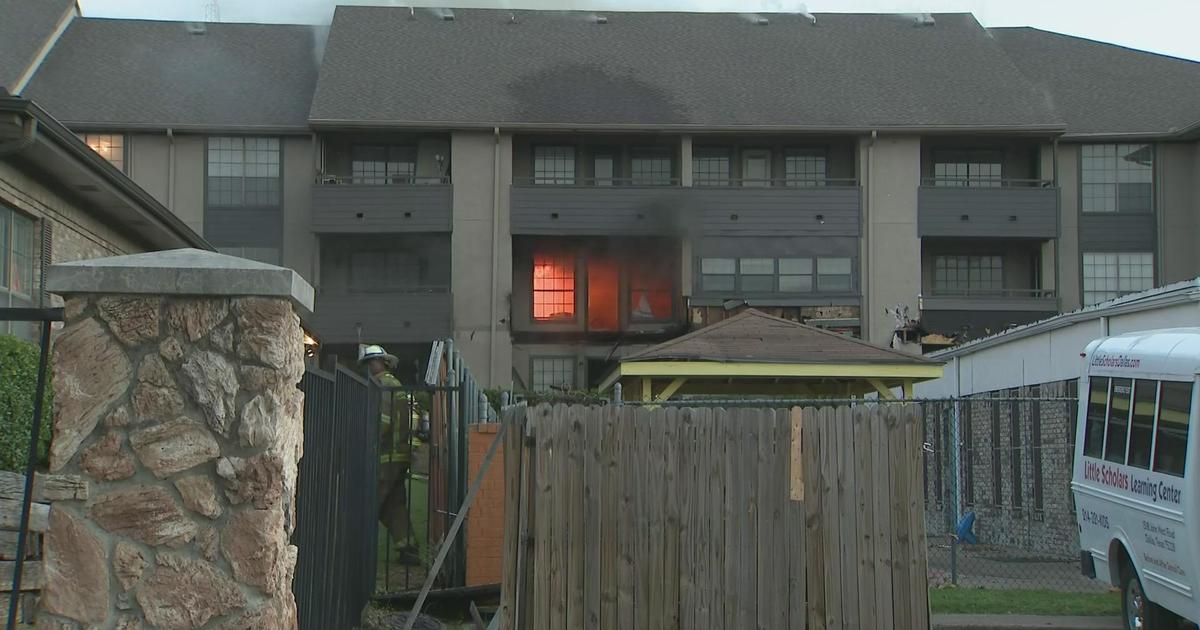 DALLAS (CBSDFW.COM) – Dallas Fire Department investigators have determined that the five alarm apartment fire which displaced more than 60 elderly people and injured two firefighters on April 8 was triggered by a cigarette.

The fire started in a second-floor unit around 6:33 p.m. Firefighters said the occupant of that unit confessed that while on a balcony he ‘wrongly threw’ a cigarette trying to extinguish it on the wood. The fire quickly spread through the walls of the apartment complex, making it difficult to extinguish.

Surprisingly, all 68 residents were taken into account. 48 were taken by DART bus to the Samuell Grand Recreation Center, where the American Red Cross had set up a shelter, three were taken to local hospitals for pre-existing medical conditions and the remaining 17 were picked up by members of the family.

Fire officials said property managers are working with the Dallas Office of Emergency Management and the American Red Cross to meet the needs of displaced residents and determine their living conditions.

At one point, firefighters received a distress call, reporting that a firefighter was in danger. In the end, everyone made it out alive, but two were injured, one from a fall, the other from minor burns. Both have since been released from hospital.

According to federal data, there were 1,900 apartment fires caused by smoking in 2019 alone. These fires killed 65 people, injured 190 and caused damage estimated at $3.14 billion.

UNLV will become a smoke-free campus this fall