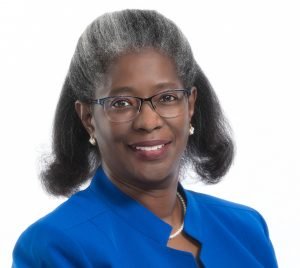 The United States Food and Drug Administration has proposed new rules to ban the manufacture and sale of menthol cigarettes. But with the dangers of smoking so well known, why is the current focus on these specific tobacco products?

According to the US Centers for Disease Control and Prevention (CDC), the tobacco industry is targeting black Americans with the marketing of menthol cigarettes through advertisements, freebies, special pricing, style brands, life and event sponsorships of rap, hip-hop and jazz artists. The goal is to get young black people hooked so they become lifelong customers.

“No one inhales cigarette smoke for the first time and thinks it feels good,” says Gina Cuyler, MD, FACP, vice president of health equity and community investments at Excellus BlueCross BlueShield. “That’s why tobacco companies seek to tone down that initial experience so that newbies continue to taste the product and become addicted.” The nicotine in cigarettes is highly addictive and the addition of menthol creates a cooling sensation in the throat and airways, making the smoke easier to inhale.

Menthol is a chemical compound found naturally in peppermint and other similar plants. According to the CDC, some research shows that menthol cigarettes may be more addictive than menthol-free cigarettes because menthol can alter the way the brain registers taste and pain sensations.

So how successful are marketing efforts to black Americans? More than 70% of black youth ages 12-17 who smoke use menthol cigarettes, and black adults have the highest percentage of menthol cigarette use compared to other racial and ethnic groups.

In 2019 and 2020, sales of menthol-flavored cigarettes accounted for 37% of all cigarette sales in the United States, the highest proportion in 55 years.

Evidence from other countries confirms the public health benefits of banning menthol cigarettes. After the implementation of a 2017 law banning their sale in Ontario, Canada, adults who smoked menthol cigarettes reported high rates of quit attempts and success.

“We need to educate the public, especially people of color, about this effort by tobacco companies to create nicotine addicts in our black communities,” advises Cuyler. “All young people deserve to live a tobacco-free life!