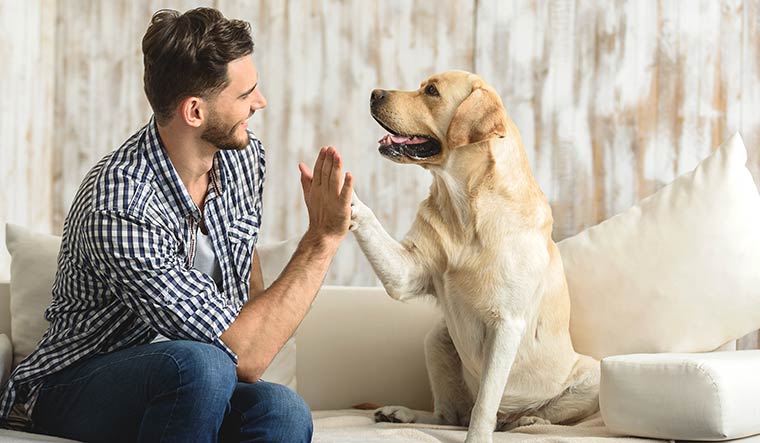 Can dogs detect your stress?

The human-dog relationship began a long time ago. Archaeological evidence suggests that dogs were the first animals domesticated by humans over 30,000 years ago. Now, a recent study published in PLOS indicates that dogs can detect physiological processes associated with psychological stress in humans with 93.75% accuracy.

Dogs have a remarkable sense of smell. As part of the study, the researchers analyzed whether dogs could detect chemical signals associated with a person’s psychological state. Breath and sweat samples from non-smokers who had not eaten or drunk water recently were used for the study. Samples were taken before and after stressful arithmetic activity. Study participants were asked to report their stress levels, and physiological measures such as heart rate and blood pressure were also collected. Samples from 36 participants who experienced increased stress levels and who reported increased heart rate and blood pressure were then shown to trained dogs within three hours of collection.

As part of the study, researchers trained four dogs of different breeds and breed mixes using a clicker and kibble (a training technique that tells the dog which behaviors are rewarding) to do match different smells in a discrimination task. The dogs were then asked to identify the participants’ stress sample from a pool of samples that also contained the same person’s relaxed sample. Dogs were able to detect and show alert behavior on stress samples in 675 out of 720 trials. The study proved that dogs can identify an odor associated with the change in volatile organic compounds produced by the human body during stressful situations.

Much research is being done to develop and perfect sensors and nanotechnology that mimic the superior sense of smell of dogs to detect odorous changes in the cells of cancer patients. For example, the Israel Institute of Technology’s two types of NA-NOSE – artificial nano-noses to validate the effectiveness of devices for detecting specific odorants in the breath of cancer patients – are being developed. ‘clinical test. Similarly, MIT’s Center for Bits and Atoms is working with medical detection dogs to develop ways to train artificial intelligence to detect odors associated with prostate cancer.