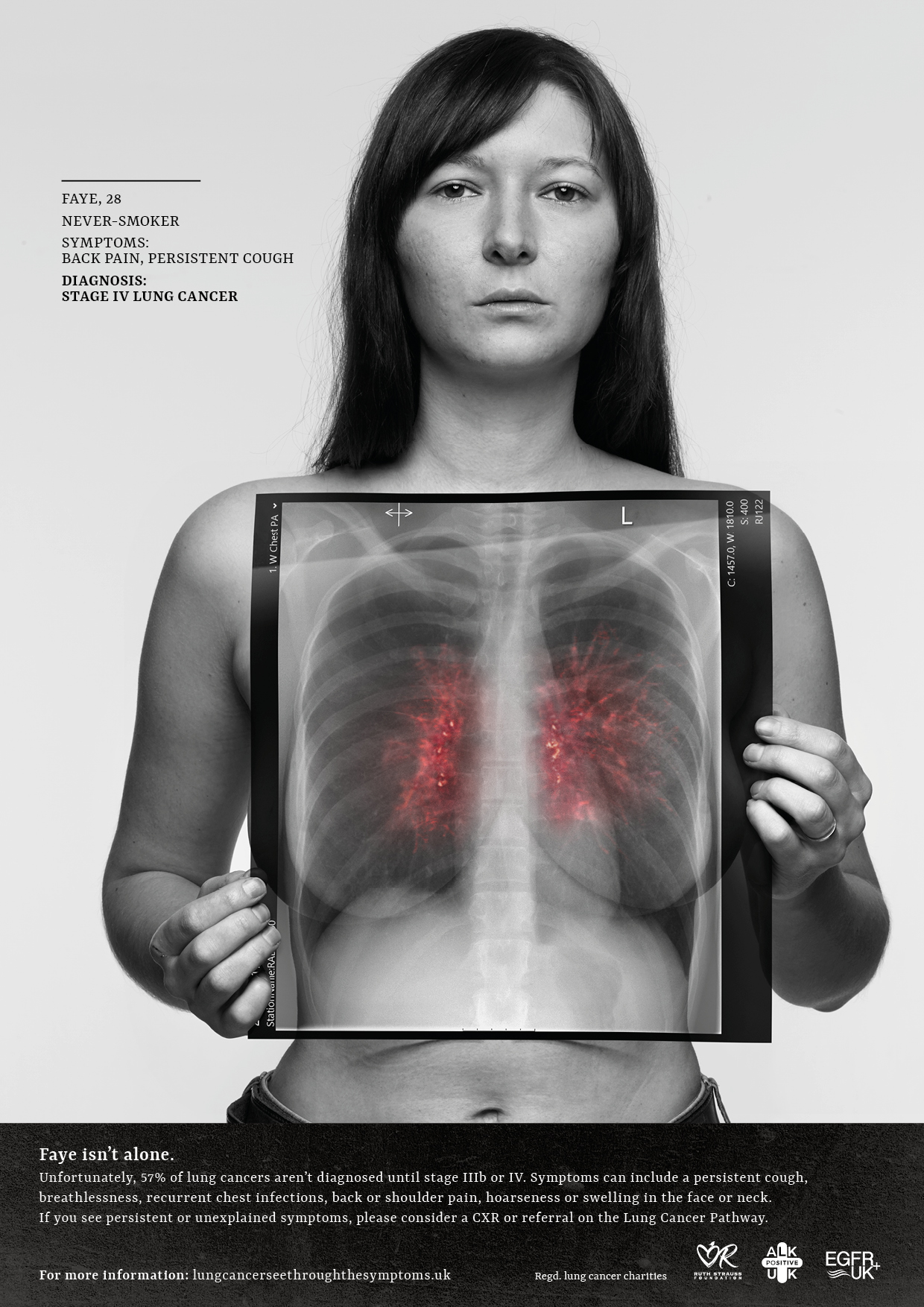 Lung cancer can affect anyone, smokers and non-smokers.

Cancer charities including the Ruth Strauss Foundation, EGFR Positive UK and ALK Positive UK have come together to launch the â€œSee Through Symptomsâ€ campaign.

The short film is shot by world famous photographer Rankin whose mother died of lung cancer in 2005.

The campaign calls on general practitioners and primary healthcare professionals to act on the symptoms of lung cancer, regardless of age and whether or not patients smoke.

It took four months and several hospital appointments to be diagnosed.

Faye says she doesn’t blame her GP, but she believes if she had been diagnosed earlier the outcome would have been different.

It was peppered on every bone in my body. And it surely had time to spread. If my symptoms had been gathered earlier. I think my diagnosis could have been drastically different

Faye hopes that by participating in this new awareness campaign, people will realize that non-smokers can also get lung cancer.

I feel strangely … I don’t like telling people I have lung cancer. Because there is a stigma that I smoked and it’s my fault. And no one deserves to have cancer first. It’s something I did to get cancer.

More than 50% of lung cancers are diagnosed at stage 3 or 4.

For Faye, she says it’s a “death sentence”.

She was 46 years old. The foundation created in memory of Ruth supports this new campaign.

They want more GPs to see through the symptoms.

I regret every day that Ruth was not diagnosed sooner. We obviously need general practitioners and healthcare professionals to be much more aware that this is one thing and that it is something that someone might be suffering from.

In the UK, 6,000 people die from lung cancer each year who have never smoked. And like all cancer, early diagnosis is essential.

There are a number of issues that make diagnosing lung cancer difficult. Firstly, the fact that at the onset of the disease there may be no symptoms and secondly, smoking is the biggest risk factor.

Sometimes people with symptoms who do not smoke may not see their GP.