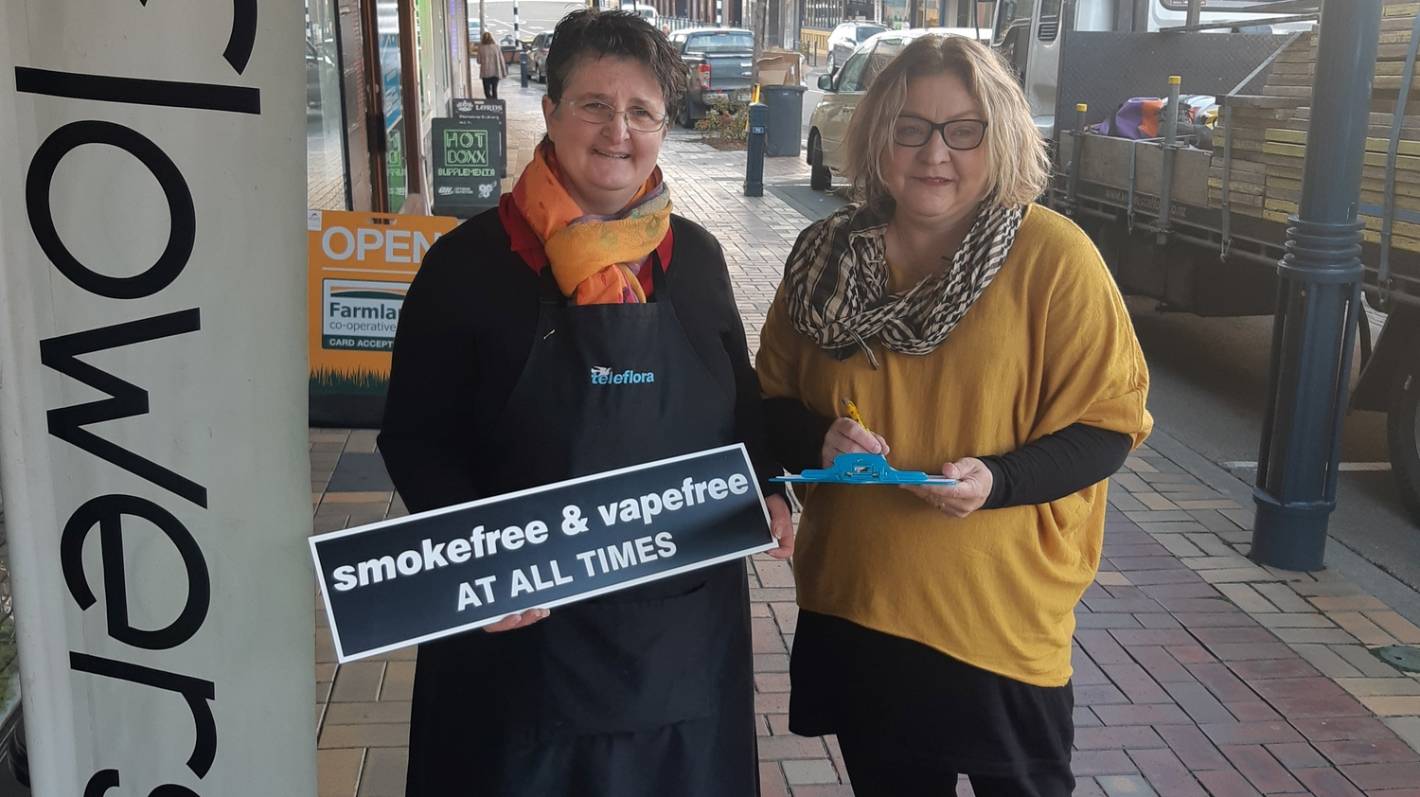 A health promoter is calling on the Timaru District Council to create a voluntary smoke-free and vapor-free zone in the CBD in their long-term plan and will talk about their submission on Monday – coinciding with World No-Smoking Day.

Sixty of the 68 respondents to the survey indicated that they would be in favor of creating such a zone in the CBD, she said.

â€œSeventy-five percent of the companies we surveyed believed the board should be involved in this initiative, and we believe that a smoke / vapor-free zone would help revitalize our CBD here in Timaru, as well as improving well-being. of our community.

Absolute Flowers owner Alice McNeill has said she has never been a smoker and thinks it would be nice to have an area free of both. However, she said it was the choice of others to smoke or vape.

“I think it would be nice to walk down Stafford St and smell the flowers instead of smoking or vaping.”

â€œI would love to see the entire length of Stafford St smoke and fume free. This would make it more attractive to visitors. “

The number of regular smokers in Timaru District, 14%, was 1% above the national average, according to the 2018 census.

The Government has set a target for less than 5% of smokers to smoke by 2025. According to Smoke Free New Zealand, 16% of the adult population smoke.