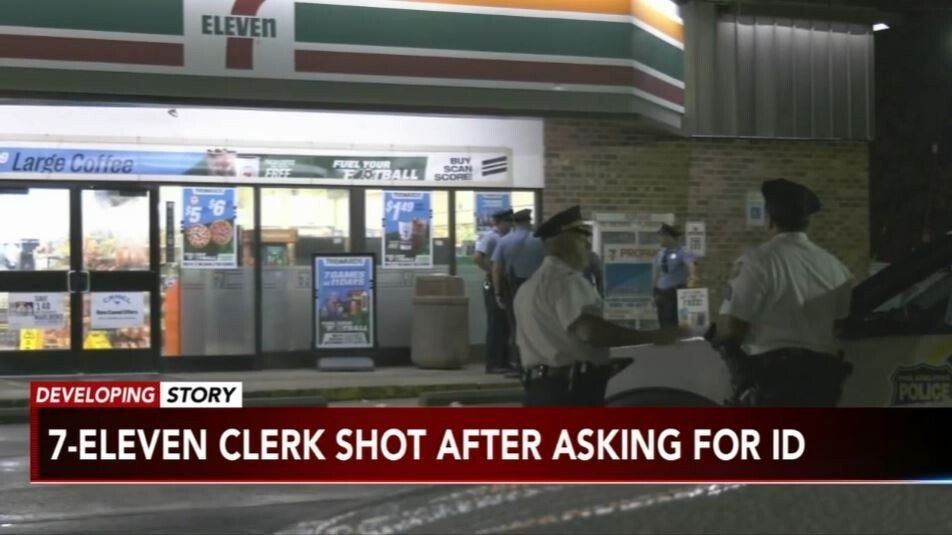 PHILADELPHIA (WPVI) – Philadelphia police are looking for the shooter who shot a 7-Eleven employee Sunday night.

It happened just after 9 p.m. on the 2900 block of South 70th Street in Southwest Philadelphia.

According to the police, two men entered the store and one of them asked an employee for cigarettes.

According to police, the 24-year-old employee asked the customer for identification, which is state law.

According to police, the customer began to argue with the clerk and refused to provide identification.

The employee stated that he would not be able to sell the customer any tobacco products.

The argument escalated and one of the customers, believed to be in their 20s, pulled out a gun, reached under the plexiglass divider and fired at least three shots.

The employee was struck repeatedly in the neck and arm.

Agents assigned to the 12th District security retail were conducting a routine security check entered the store and saw the employee with a gunshot wound.

The employee was transported to an area hospital where he was placed in critical condition.

No arrests were made.

“Gun violence in the city is rampant, as we know. We take care of it; it’s a challenge. This is just another great example of the wrong people with guns and guns committing these acts,” Captain Anthony Ginaldi said.

Anyone with information is asked to call police at 215-686-TIPS.

Note: This content is subject to a strict local market embargo. If you share the same market as the contributor of this article, you cannot use it on any platform.