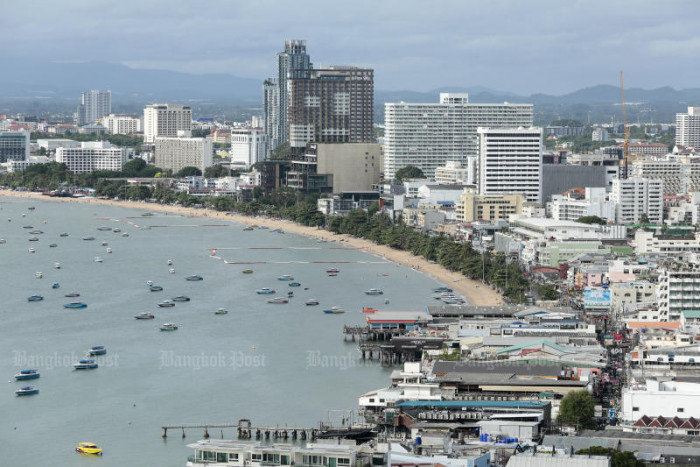 121 drinkers and smokers caught in Pattaya

Chon Buri: At least 121 people were arrested at two entertainment venues in Bang Lamung District where they were caught drinking and smoking shisha pipes, police said.

The crackdown took place Friday night at location “168” on Pattaya Tai Road and at location “Mosala” on Walking Street following reports that the two establishments were serving alcoholic beverages to customers without permission.

Both places were registered as places of entertainment but were turned into restaurants during the Covid-19 pandemic and were not allowed to sell alcoholic beverages as part of disease control measures.

Police found 28 people drinking at “168” during the raid and seized alcoholic beverages as evidence. The restaurant manager was also arrested for questioning. A total of 29 people were detained there.

At the “Mosala” site, police found dozens of people on the third floor of the four-story facility drinking or smoking hookah pipes. Some 72 people were arrested and many managed to escape.

Concerns were raised about a new Covid-19 cluster as customers at both sites did not practice social distancing and many did not wear face masks.

Police said they also rounded up 20 other people while drinking and partying on Pattaya Beach.

Meanwhile, the Southern District Court of Phra Nakhon yesterday sentenced 29 people to a 15-day jail term suspended for one year and a fine of 5,000 baht each for unlawful assembly in violation of the decree of emergency and disease control measures.